All above are white eyed vireos. Fairly common during migration. 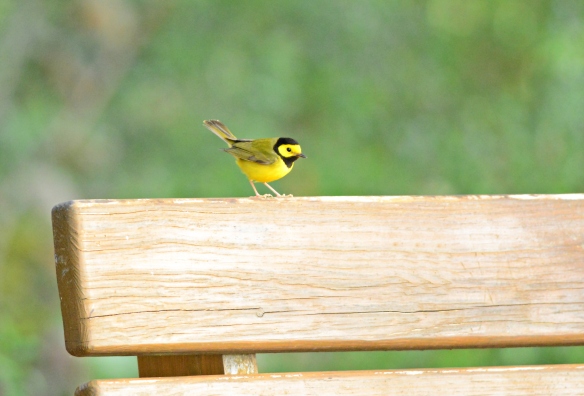 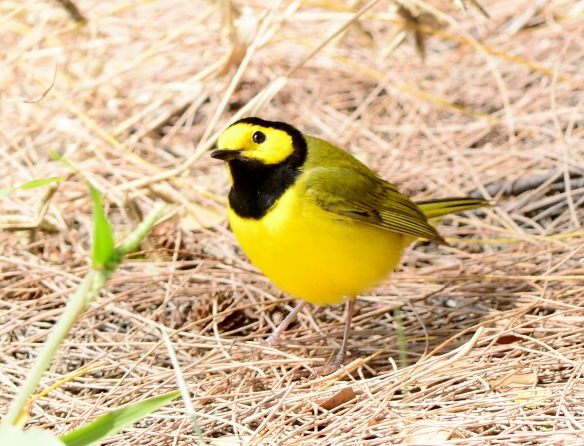 All of these are of a hooded warbler. The park was filled with these bright yellow birds with black hoods. They were not shy and would not freak out and fly into the bushes. They remained on the trail as long as no one got too close.

I saw one prairie warbler at the park. 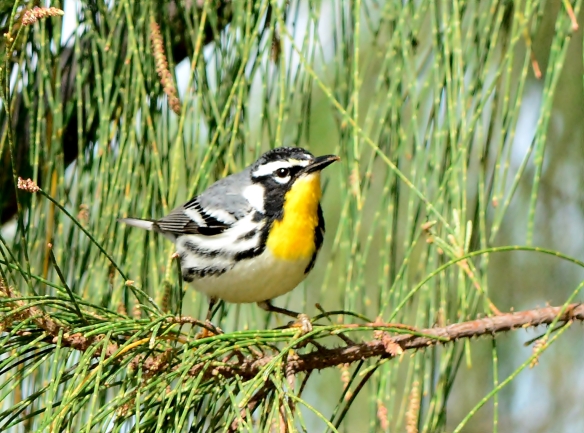 A single yellow throated warbler. I don’t see these too often.

It poured the last Friday in March. I never get that lucky. Usually, it pours early in the week and by the time I get out to the parks, the birds are gone. This time I got up early on Saturday and headed down to Fort Desoto. Not a big fall out but still enough birds to keep everyone entertained. I think there was possibly more people than birds though.  I’m hoping this is only the first fall out for spring migration this year. It’s still early.