A sanderling in the sea grass at low tide. 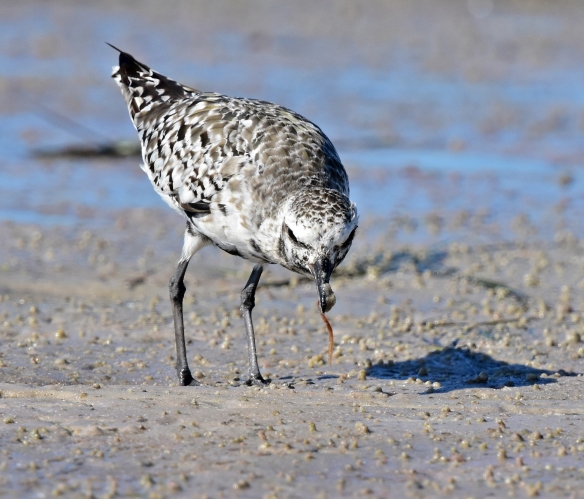 Black bellied plovers at different stages of molting. The one in the top picture has more black feathers and is still in his summer colors. The bottom one has lost most of his black feathers.  He’ll be mostly white through the winter. The middle one was chewing on something yummy. 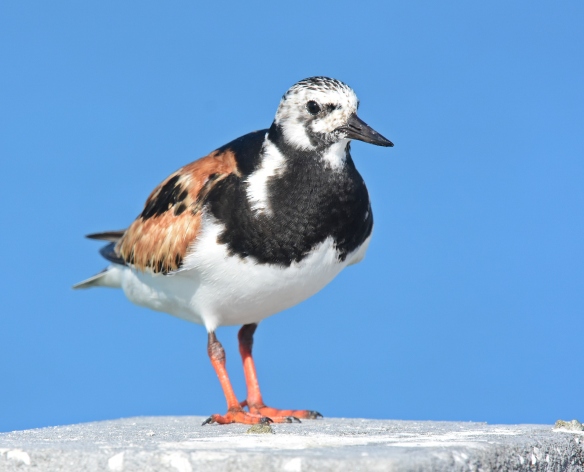 The ruddy turnstone also had something yummy to eat. The ruddy in the bottom picture still has his summer feathers. 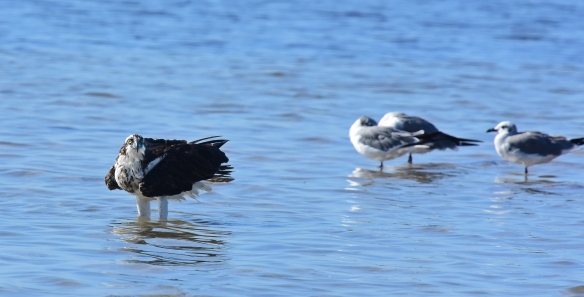 It was strange seeing the osprey in the water with the laughing gulls. I caught him as he was finishing taking a bath. After a few minutes he took off. 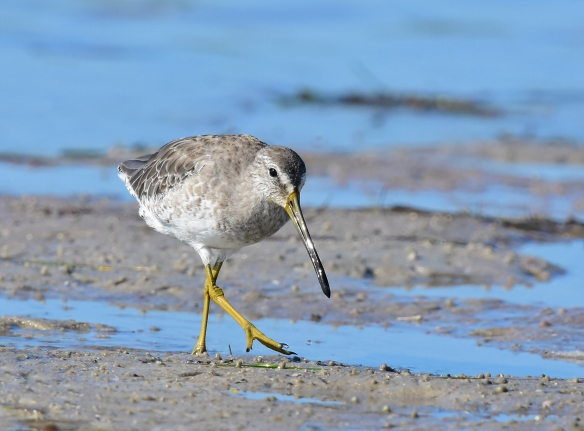 A dowitcher walking the shore line.

Birds on the beach and fishing pier at Fort Desoto in late September. 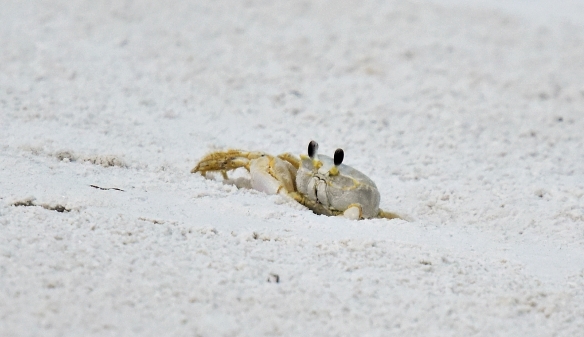 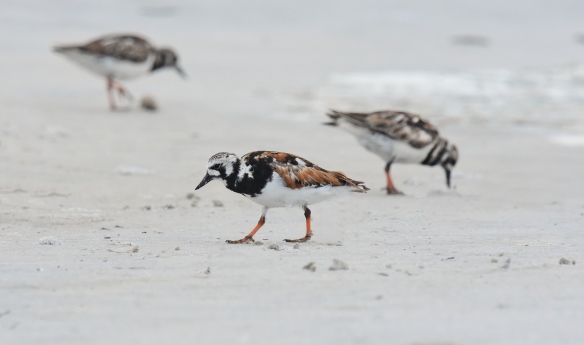 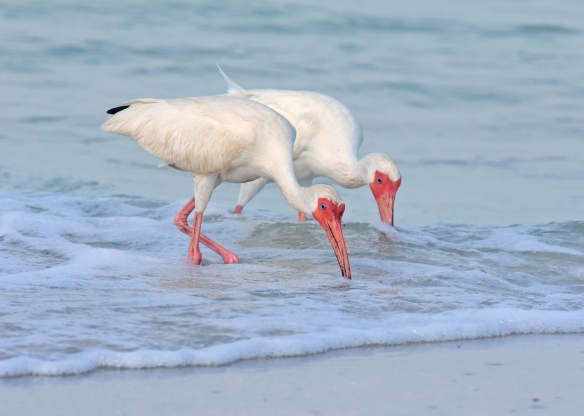 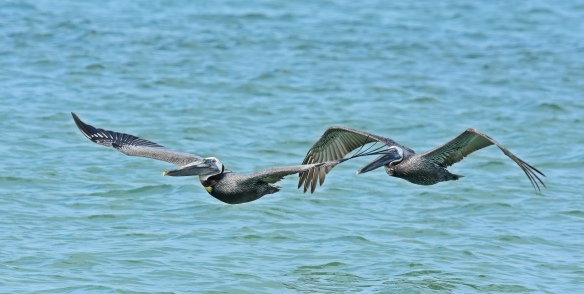 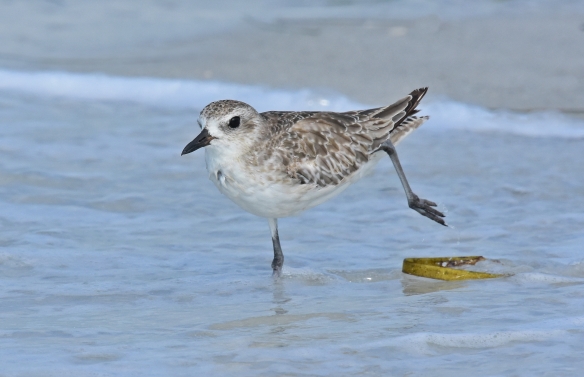 The usual things you see on the beach at Fort Desoto Park. 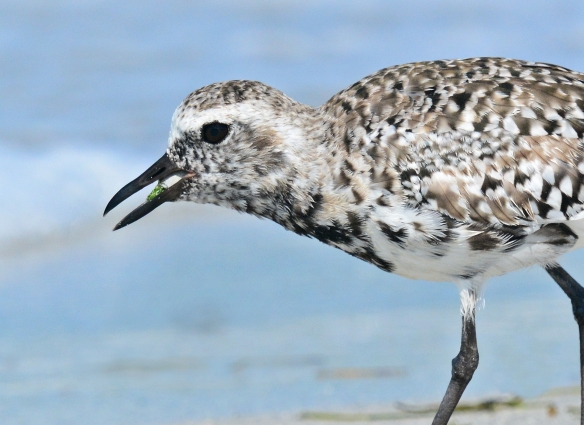 Some of the resident oystercatchers. 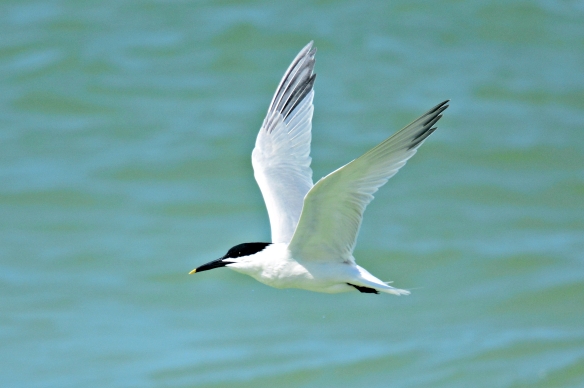 A sandwich tern flying by.

Trying to get a fish.

One of the red breasted mergansers is still hanging around the fishing pier. 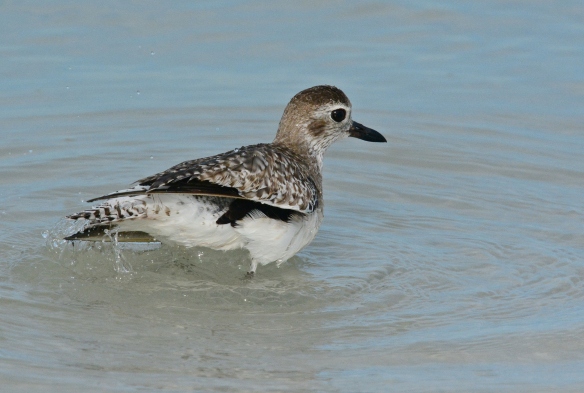 This black bellied plover was washing his face. 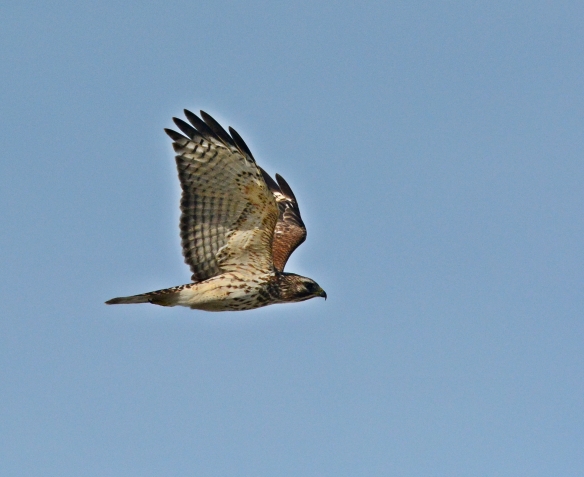 Is this a Cooper’s hawk or a northern harrier?  It was flying across the north beach.

White pelicans all in a row. 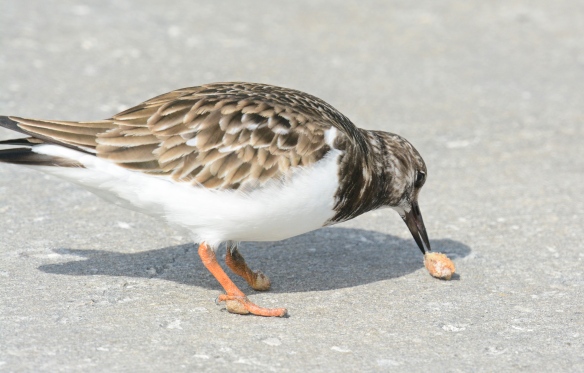 Stumpy getting a snack. 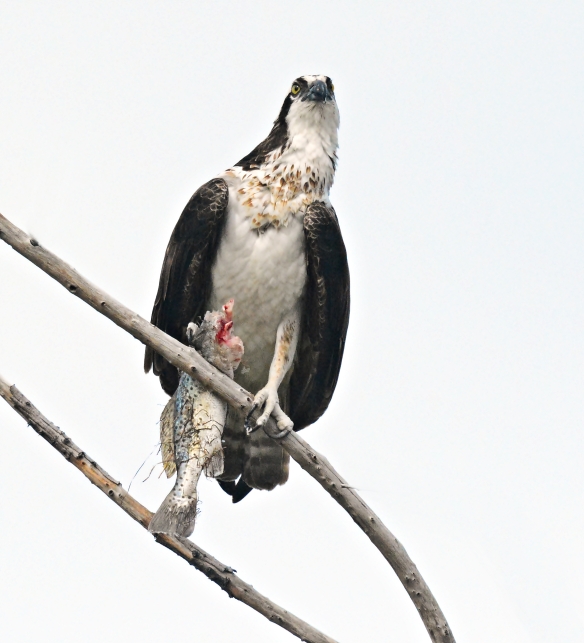 The osprey was not going to share his meal.

The osprey nest at the fishing pier. I guess that trash makes a nice cushion.

A few shots from a recent morning walk at Fort Desoto.

Lots of black bellied plovers on the beach. 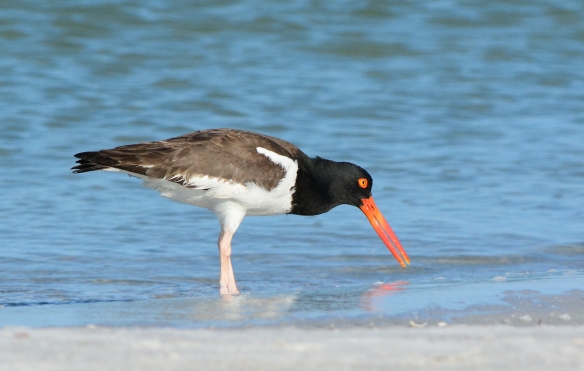 Gimpy, one of the resident oystercatchers was watching me as looked for food.

A pretty red breasted merganser coming up for air.

I think this is a white eyed vireo but I can’t tell for sure from this shot.

The only Cape May warbler I saw this spring.

Mom is all alone now that her kids have gone off to “college”. She’s getting some much-needed rest after raising two hungry owlets. 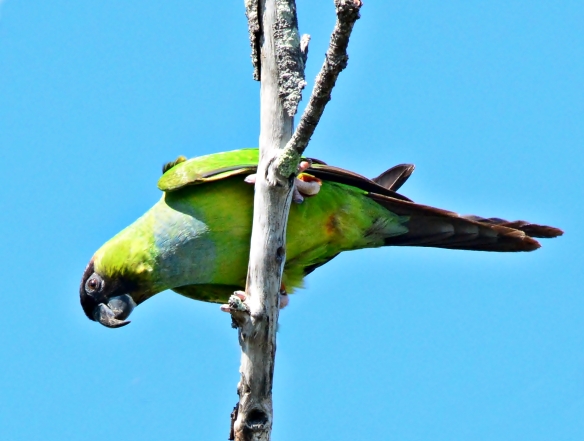 Crazy wild parrots flying around near the beach.

Some left over shots from a trip to Fort Desoto beach in mid-May.

A great egret getting a fish.

Sanderlings running around as usual.

There’s usually a reddish egret on the beach.

The beach was full of plovers this morning.

A marbled godwit in the water.

The oystercatcher couple was in their usual spot.

Nothing unusual at the north beach tip at Fort Desoto in early August. I had heard red knots were moving through the area but no sign of them on the morning I was there.  This was a quick visit. It was just too hot even with the sea breeze.

The black bellied plovers are so pretty in their summer feathers.

This one came pretty close as I was sitting on the sand. The details are amazing. The black through the belly, next is a white border and then mixed black, white and grey feathers.

Same bird as above but this one hasn’t gotten his summer feathers yet. He may be a juvenile.

An osprey flies by with some kind of seaweed from the water.

The famous smokestack family.  They build their nest on top of the old historic smokestack next to the snack shop at the pier. There were two babies on the nest but I could only get a shot of one that morning. His eyes are still more orange than Mom’s and he still has the brown and white spotted feathers.

Dragonflies are showing up everywhere.

A grasshopper that blends in with the sand.

After I left the park, I saw an eagle sitting in the old tree where the original eagle’s nest was before a storm blew it down. I pulled over and snapped a few shots before heading home. They built a new nest on a utility tower right in the middle of the park. I think they had two babies this year but it’s high up and far off the trail and main roads to get a good picture.

Spring migration was winding down so I spent  most of my morning on the beaches instead of the trails. Things were quiet this morning. The highlight was seeing the eagle which is probably up north by now.

Fuzzy baby owl hiding in the shade.  The little ball of fuzz next to it was it’s younger sibling.

Peaking out. The two baby owls at Fort Desoto are doing well.

Black bellied plover posing for me.

A willet actually sitting on the sand. You don’t see this very often.

These willits were busy eating.

Another beautiful sunny cool morning in February at Fort Desoto Park. I’ve been heading to the park almost every weekend. No mosquitos and heat for now. It won’t last long. This Sunday morning in mid-February hubby came with me. We stopped by the owl’s nest for a while and then walked up to the north end of the beach. There weren’t many shorebirds out this morning. I think there were more photographers there than birds. Most had come by to see the baby owls but the lack of shorebirds was disappointing. Still, just being out on the beach on this perfect day was worth it.