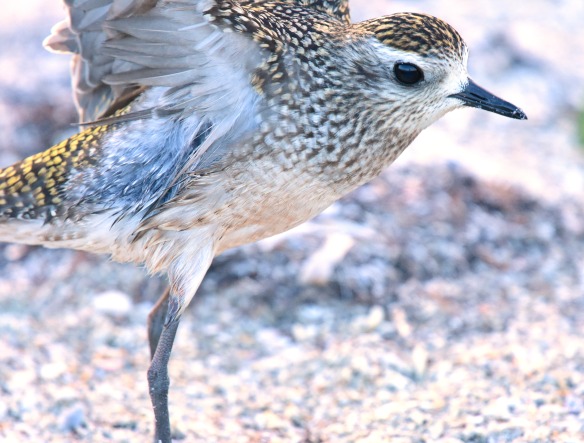 Right after Hurricane Irma came through someone had posted that they had seen a golden plover at Fort Desoto. I have never heard of a golden plover being anywhere near here and someone else had said they are never seen in Florida so this one must have gotten blown way off course from the storm. Everyone was questioning it until some expert birders had gotten pictures of it. After a couple of days I was able to run down to the park after work one night. I had about an hour before it got dark to find it. The bird was easy to find and  close to were people had seen it days before. It was feeding along the rack line so I sat down on the beach and took some shots with my 300mm and extender. The little bird seemed curious and kept getting closer to me. I kept getting up and backing up. He looked okay and was running around feeding but I couldn’t help wondering if he was trying to tell me something. A few days later a rehabber picked him up and he’s been recuperating since then. I last heard he was doing much better and should be released soon.  We get a lot of black bellied plovers in the same area. See below for recent pictures of those. 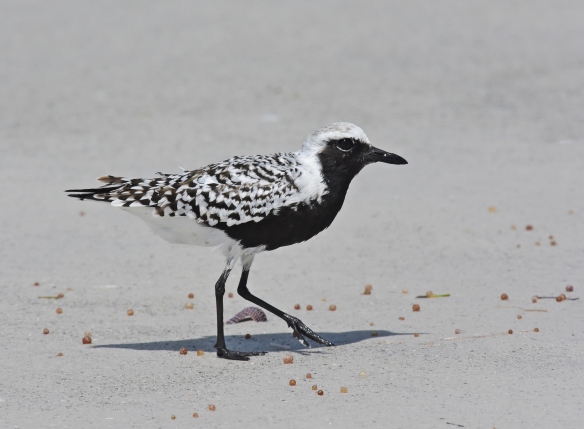 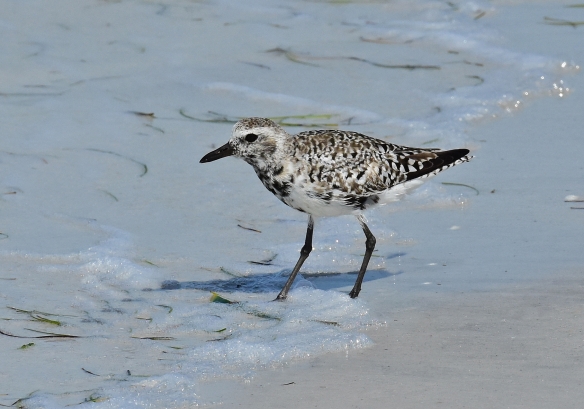 Two black bellied plovers above.  The top is during the breeding season and the bottom is in the winter. The golden plover has a lot of brown on his head that shines. 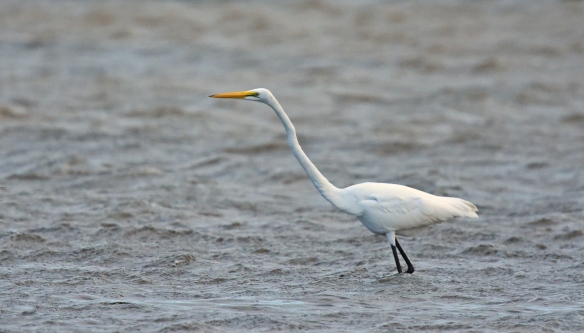 A few things I saw near the golden plover that night.  The tide was so low that you could see the crabs in the crab trap.

Linking to Wednesday Around the World

2 thoughts on “A new bird blown off course”