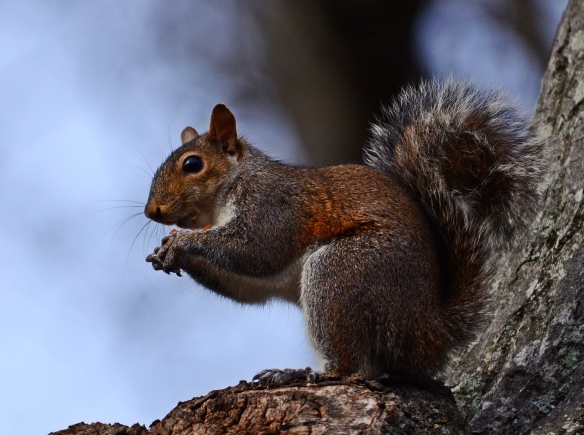 It wouldn’t be a day out in nature without seeing some squirrels. 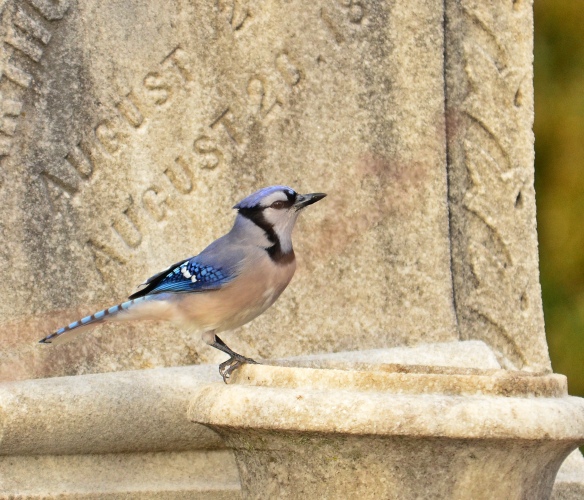 Blue jay keeping an eye on me. 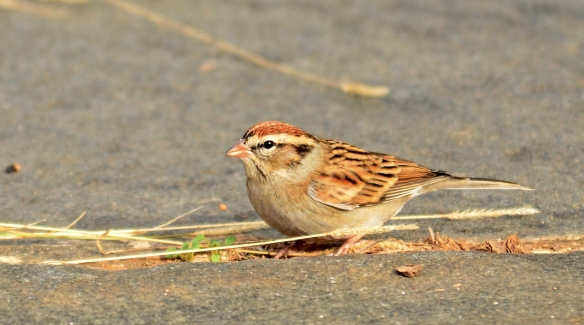 I think this is a chipping sparrow?  They were all over the cemetery. 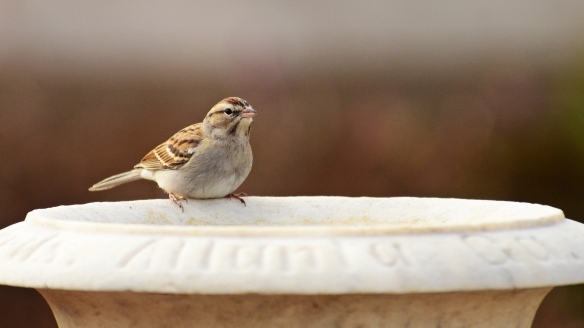 Getting a drink from an empty planter. 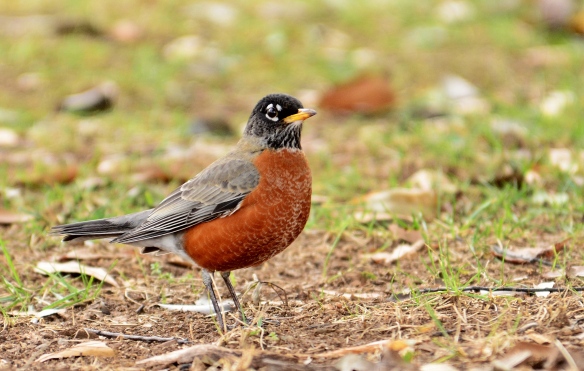 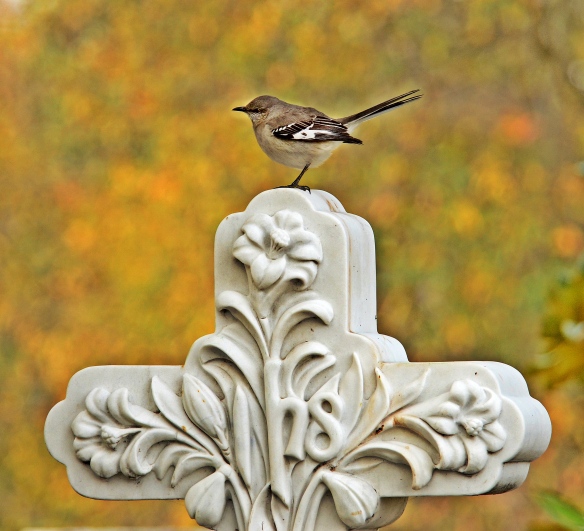 Mockingbird on a cross. 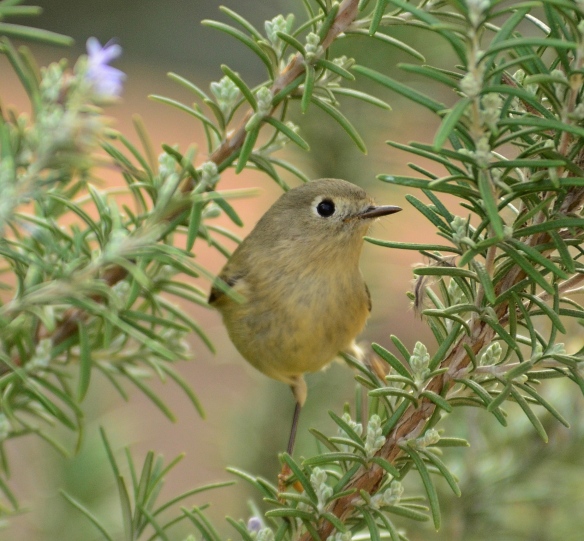 A warbler in the bushes. 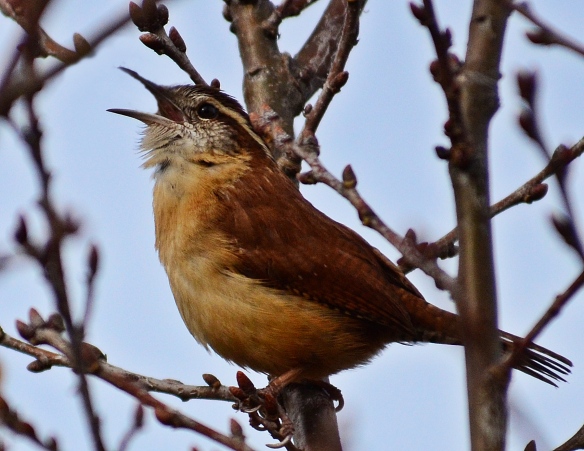 I could hear this carolina wren singing all over the cemetery. 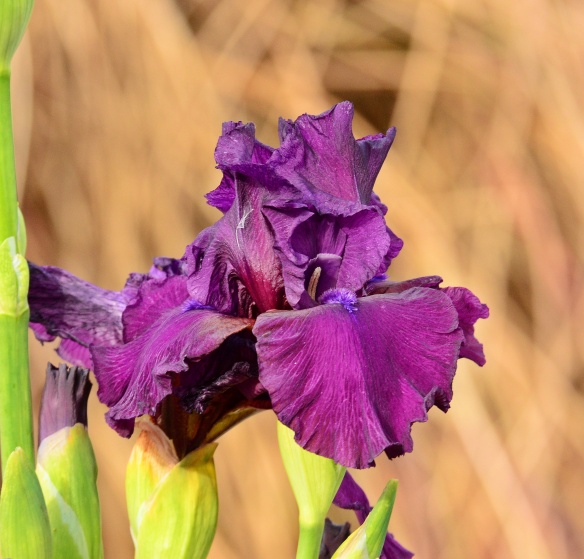 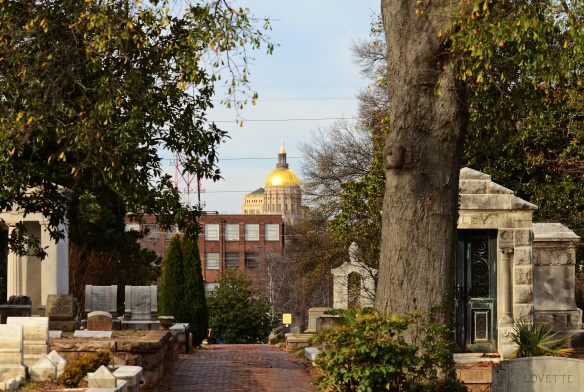 You can see the capital from across the cemetery.

Even though it was a little cold, it was a beautiful morning. The sun came in and out all morning. Nothing like spending a little time in a cemetery right before Christmas. I’m sure the people there thought I was crazy with my long lens taking pictures of birds. I’ve always said “Cemeteries have good birds.” Even in downtown Atlanta. I was surprised to see so many birds there. I didn’t see the red-headed woodpeckers that I had seen on my last 2 trips there. They may have been hiding. I thought I’d only be there an hour and then go somewhere else, maybe the zoo close by but ended up staying 3 hours.

Check out more sky shots at 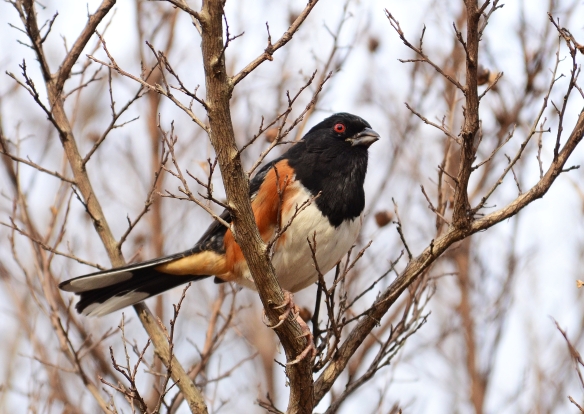 This eastern towhee was very accommodating. He just sat there staring at me. 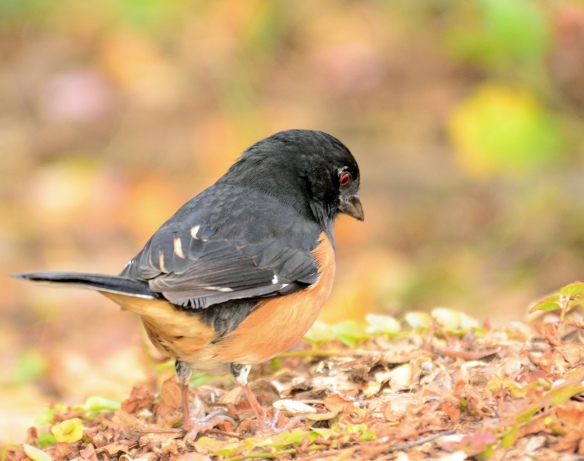 Another towhee looking for food on the ground. 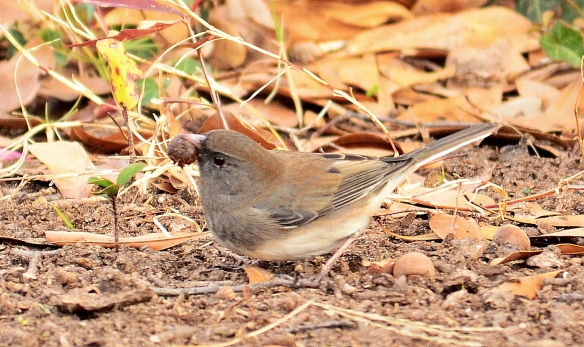 Dark eyed junco getting some food.

Upclose. The cemetery was full of these guys. 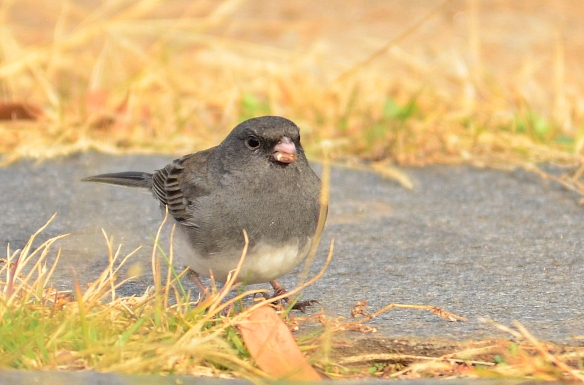 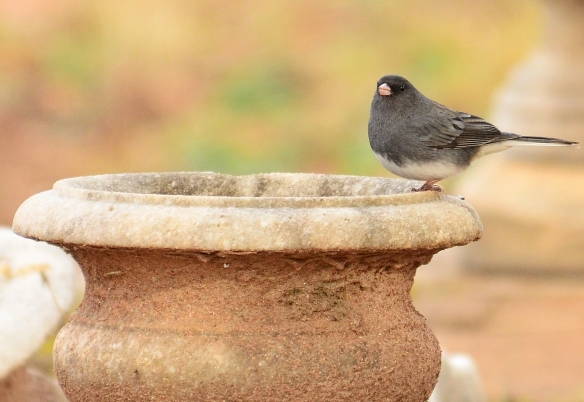 Posing on the planter. 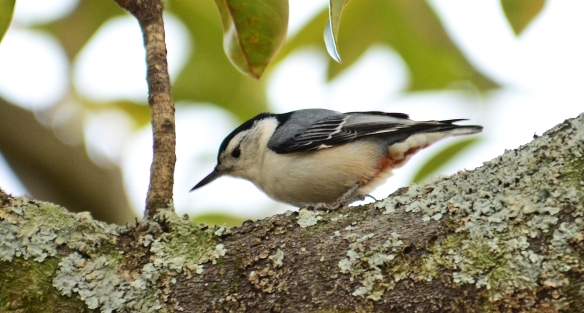 As I was taking pictures of the juncos, this white breasted nuthatch flew into a tree right in front of me. He only stayed for a few seconds and it was the only one I saw that day.

Two days before Christmas I had a few hours to kill in the morning. I headed for the Oakland cemetery in downtown Atlanta. It was cold (35 degrees is almost death degrees for this Florida person). I had tons of layers on and actually remembered my gloves which I wore the entire time I was there. Oakland cemetery is a very old historic cemetery with a few local famous people buried there (including Margaret Mitchell who wrote Gone With The Wind). When I first got there around 8:30 there was no one else around but by 9:30, people were wandering around. Tourists come to visit and locals walk through when walking their dogs. A few joggers cut through the cemetery as well.

The cemetery was full of birds but not a lot of variety. At first I thought the above were all first sightings but after digging through some old pictures when I got back from the trip, I had seen all of the above only once before and gotten really bad pictures which I never posted. I have not seen these birds in Florida, only Atlanta so I was excited to get shots of them. There were several towhees and tons of juncos everywhere. A few other more common birds were there but more on those later. 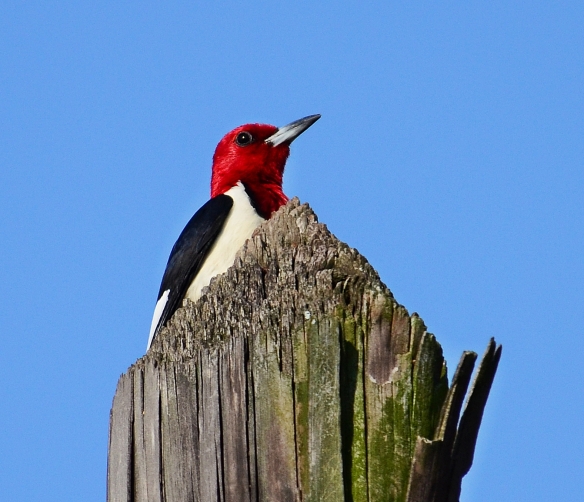 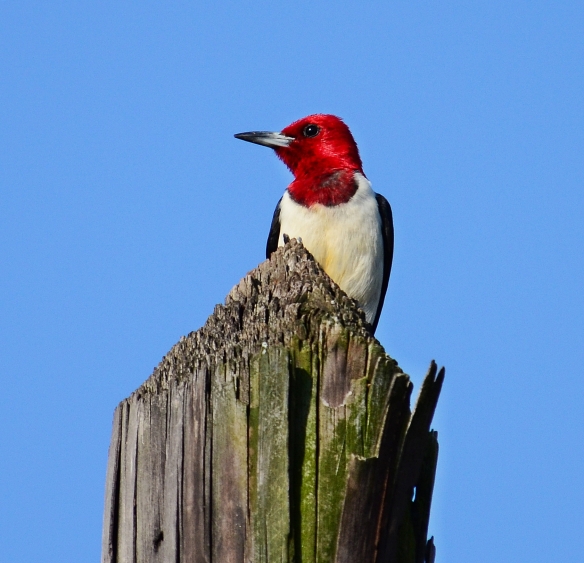 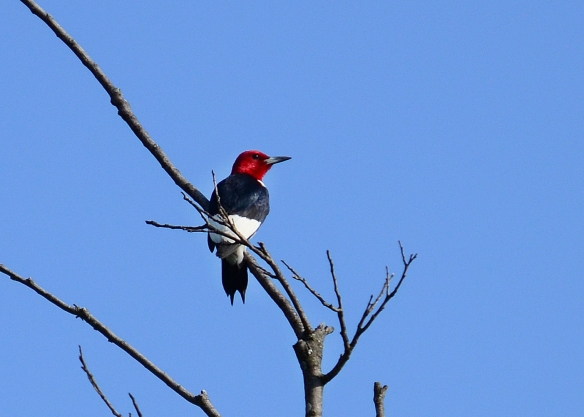 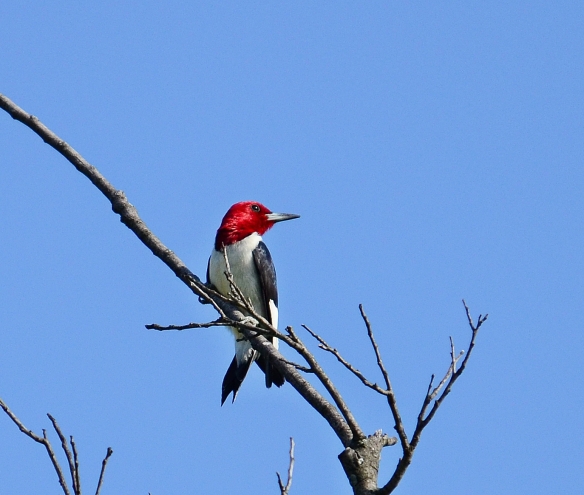 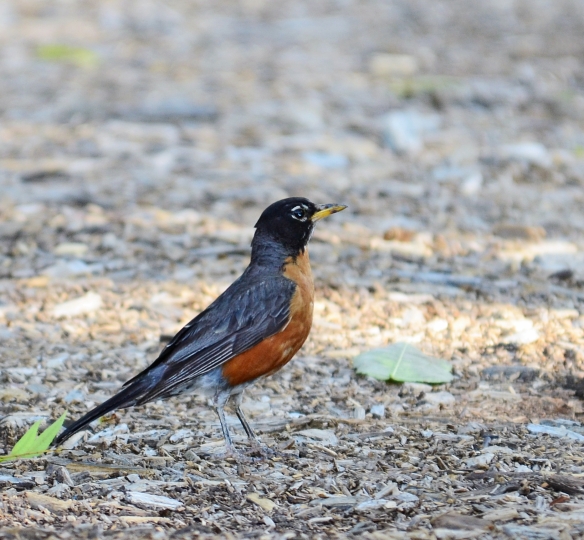 One of the many robins. 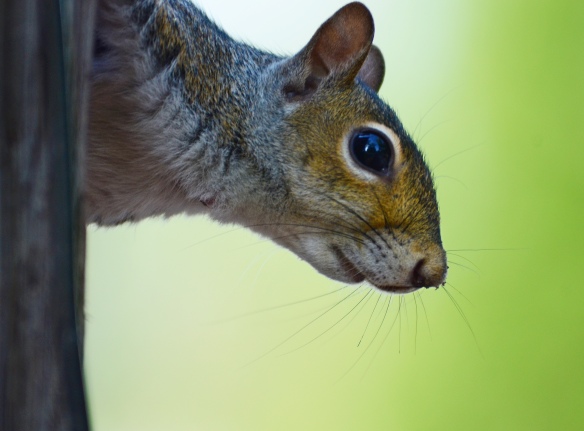 “What are you doing here lady?” said Whiskers, the squirrel.

Last December I had seen a redheaded woodpecker high up in the trees and I think it was a juvenile. It was dark and cloudy that day when I was at Oakland Cemetery so I only got a far away blurry shot of it. Since I was back in Atlanta for the 4th of July, I headed out to the cemetery with Hubby in hopes of finding it again. There were two there. One was high up in the trees and the other one came down and landed close by on a utility pole in front of me. They never got close to each other so I only have single shots of them. I wonder if they nest there. Was that juvenile I saw in December an offspring of the couple and maybe was born that summer? It would be pretty great if these fairly rare woodpeckers were nesting in downtown Atlanta.

It was worth braving the heat to find these birds. Oh yeah, there were also tons of robins at the cemetery. And about a million squirrels. I didn’t see any chipmunks though. We don’t have them in central Florida so it’s fun to see them when we visit Atlanta.

Also, check out more birds at Paying Ready Attention  for