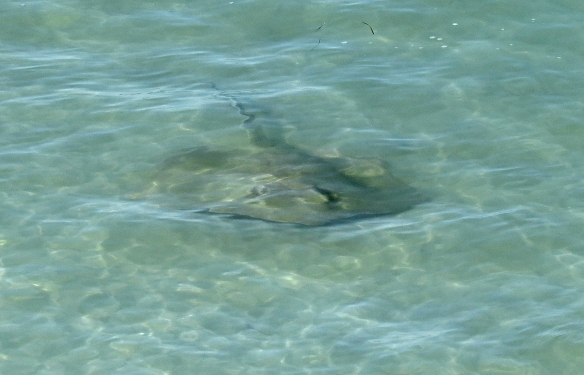 I wouldn’t want to be walking around down there right now with that big stingray cruising around. It’s time to do the stingray shuffle in the water so they scoot away and you don’t step on them. Although it’s really the little ones you have to worry about because it’s hard to see those little guys half buried in the sand. 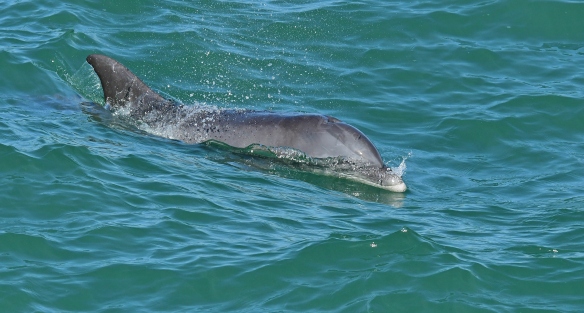 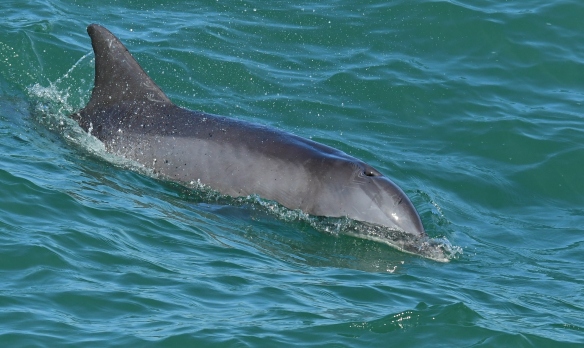 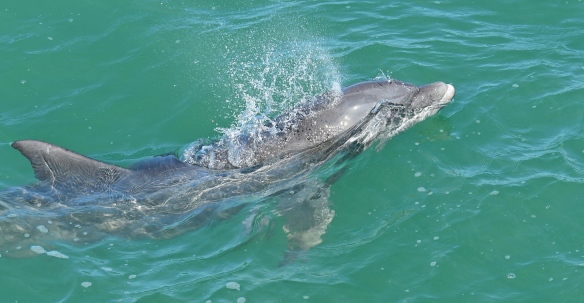 There were lots of dolphins swimming around the fishing pier in early May. It’s hard to catch a fish here when the dolphins are chasing after your catch. They usually steal it before the fishermen have had time to reel the fish in.

From the bay pier you can see dog beach. Zooming in, I could see the dogs running in the water. The dogs were probably happy to be back out at the beach again after the park being closed for 8 weeks.

4 thoughts on “The dolphin show is back open.”