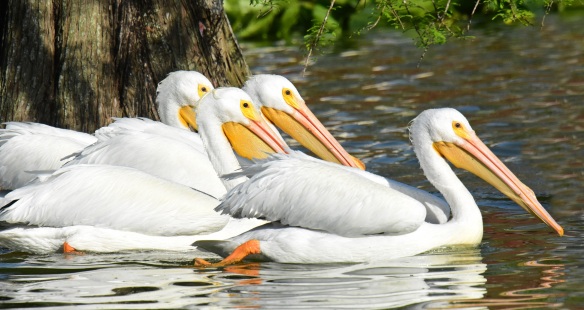 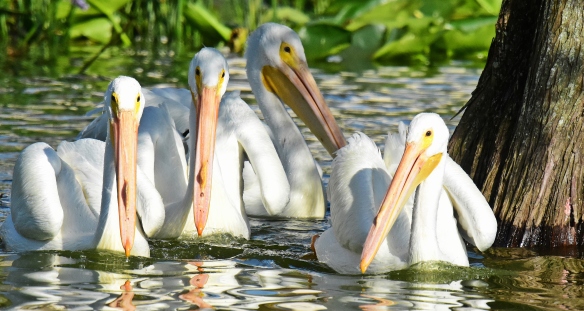 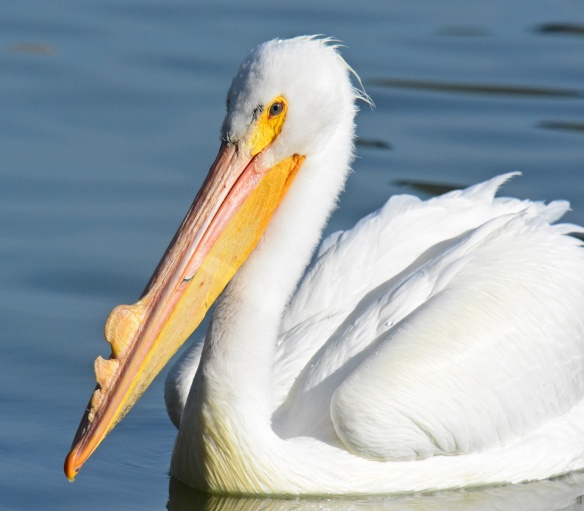 It’s rare to see a white pelican in Florida outside of the winter months. Even in the winter you have to hunt for them in central Florida. There’s usually a few that hang out at Lake Morton in Lakeland. These guys were still here in mid-March. They usually leave to head north for the summer in late April. Some of the older ones had already developed that bump on their beaks which they only get during breeding season.

A young one was posing.

Once in a while, a few would take off flying, circle the lake and land back on the lake. I’m going to miss them when they leave but hopefully they’ll be back in fall.