Ducks at the neighborhood pond. I haven’s seen a creme colored one around here before.

Another morning of having to wait for ducks to cross the road on the way to work. 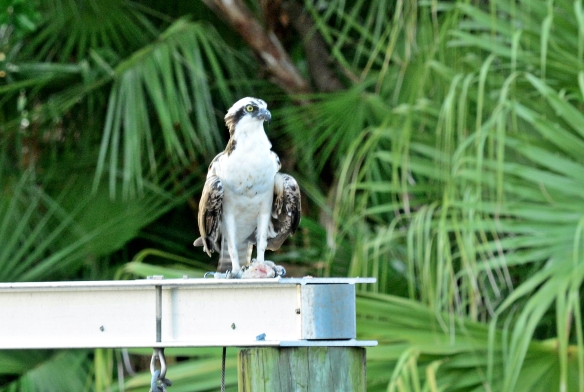 My neighborhood osprey finally came back. He’s been gone since March. I’m assuming he’s been off nesting and raising babies. He usually comes back in early July but this year it was late August. Now he sleeps on my neighbor’s sailboat mast and eats his meals on my neighbors dock.

Stormy night through the kitchen window.

View from the backyard. After the storm, the sun peaked out right before it went down.

Close by where I live, a phone pano of a storm coming in.

A few things around the neighborhood in early September.

12 thoughts on “Around the neighborhood”