A scarlet tanager looking at me. Maybe he thinks I’m after his berry.

A summer tanager with a bug hanging out of his beak.

Another scarlet tanager with a beak full.

A female and male painted bunting.

He has mulberry juice on his beak.

She’s got mulberry pieces hanging out of her mouth. 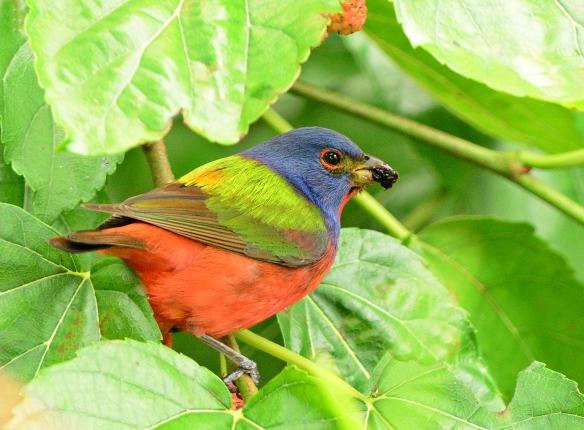 These birds were chowing down.

So many pretty birds at Fort Desoto during spring migration. The mulberry trees were full and the birds were hungry. We all just stood in a line and quietly watched them eat. The big prize of the day was the painted buntings.There were several at the park that morning. This is the first decent picture I’ve gotten of one. I also took a ton of blue birds More on those later.

5 thoughts on “A rainbow of birds at Fort Desoto”