Pretty things in the drizzle at Noccalula Falls in north Alabama. We were lucky that the rain had stopped while we walked around the park. A little drizzle for a short time but at least the pouring rain had stopped. It was still a beautiful place even in the gloom. 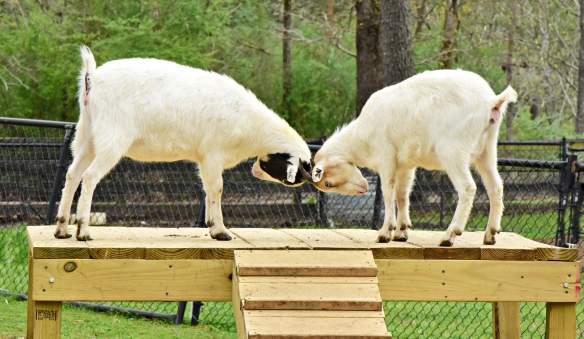 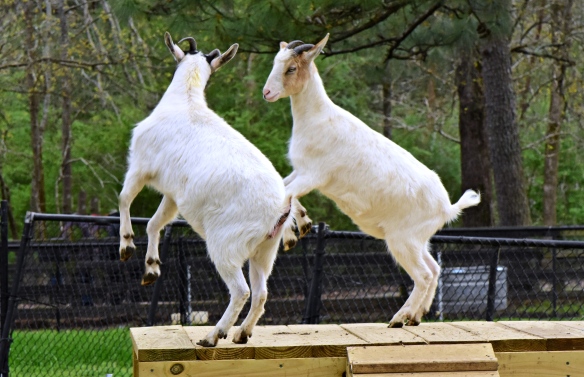 The petting zoo animals were having fun in the mild weather. 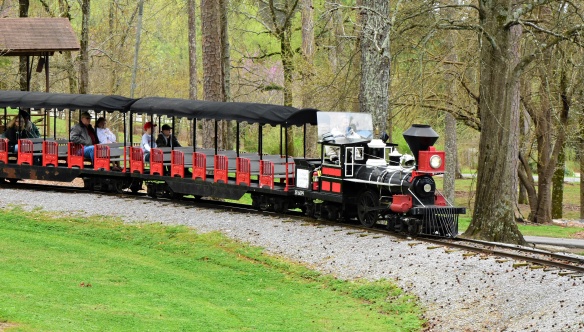 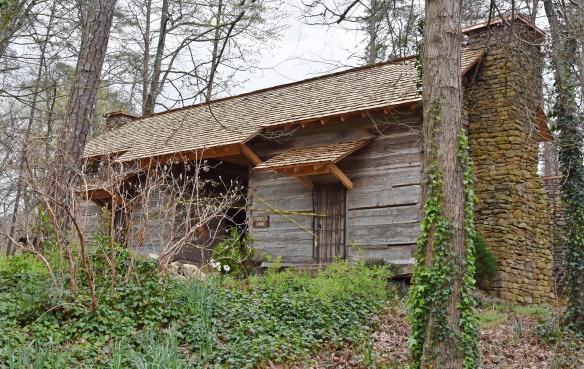 I would like to get back there in the fall when the leaves are changing.

Linking to Wednesday Around the World. 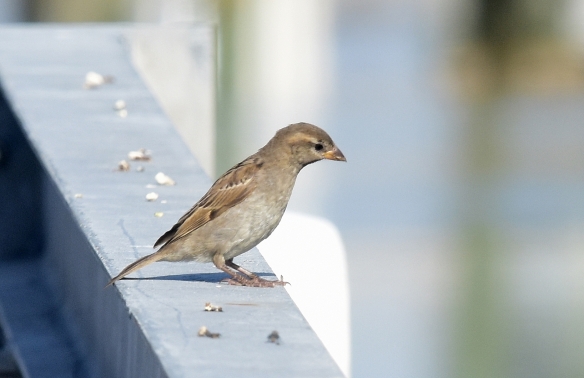 A house sparrow on our dock. They nest in the hole on the side of the dock.

A hawk sitting on our fence. 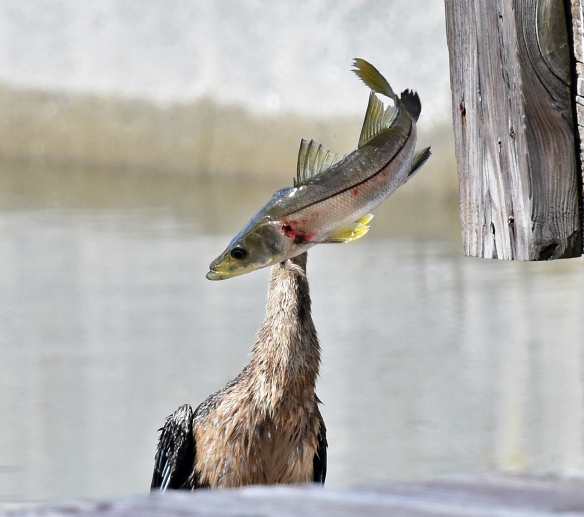 An anhinga getting a snack on our neighbor’s dock.

A woodpecker getting a snack on our palm tree. 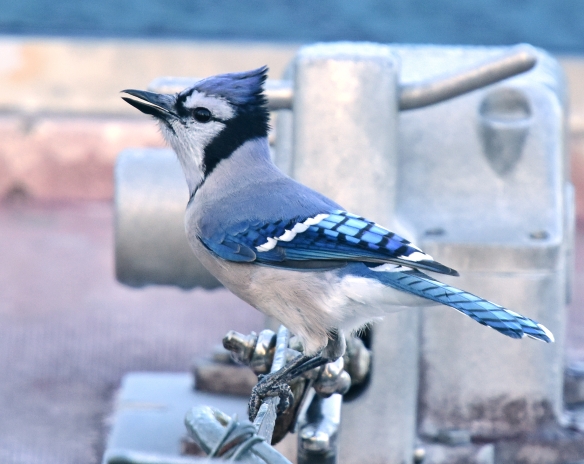 A blue jay giving me a funny look while sitting on our neighbor’s boat. 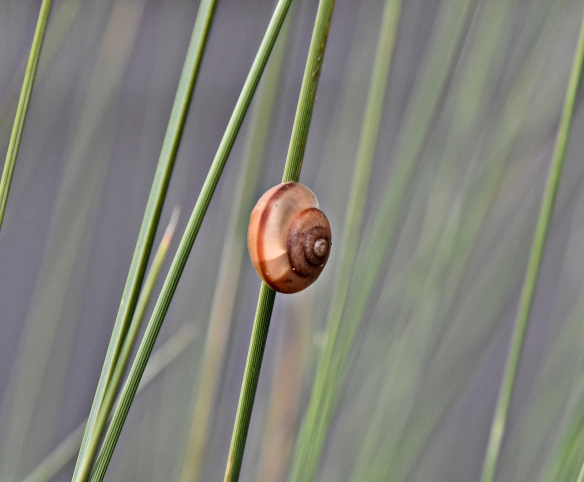 Things on our muhly grass.

The moon in the backyard in the morning.

Just a few things in our backyard in the past couple of weeks. 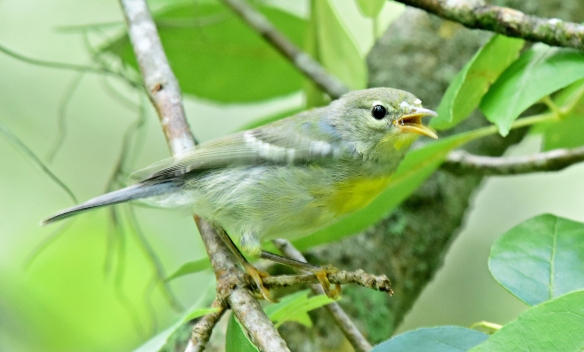 The usual titmouse and I caught a glimpse of a brown thrasher high up in a tree. 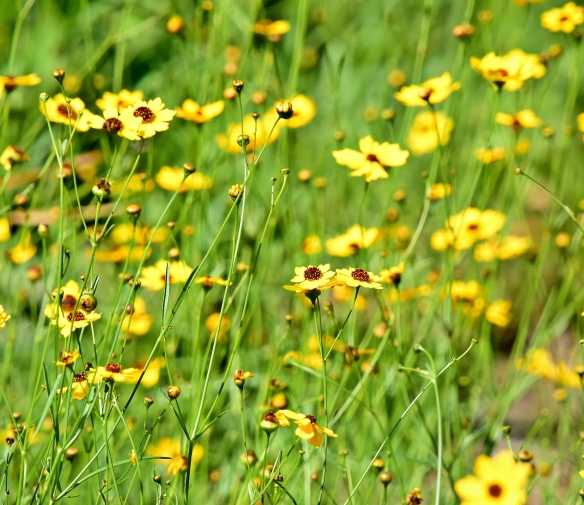 Things along the boardwalk. 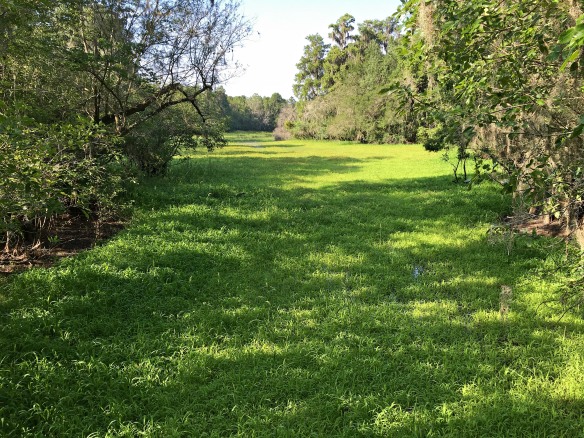 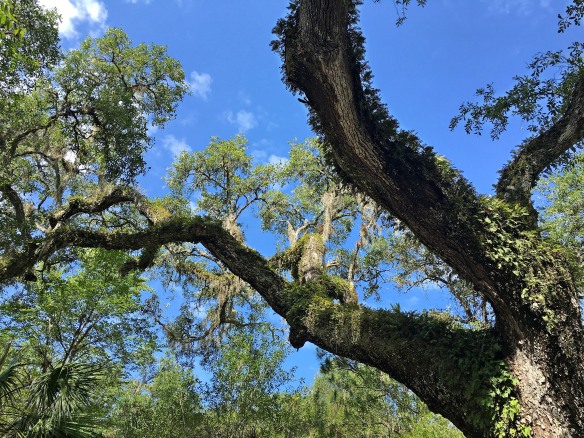 There’s water somewhere in that lake. These were taken before the rainy season and the plants had taken over the lake. 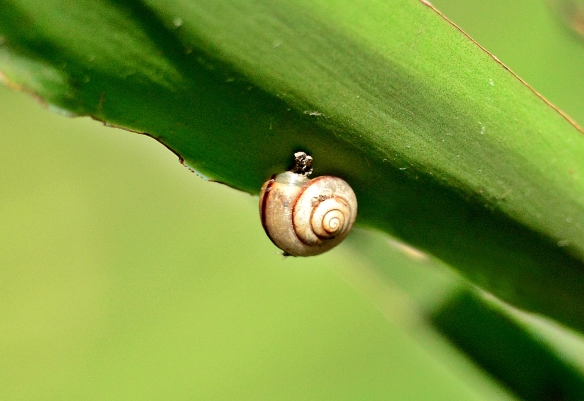 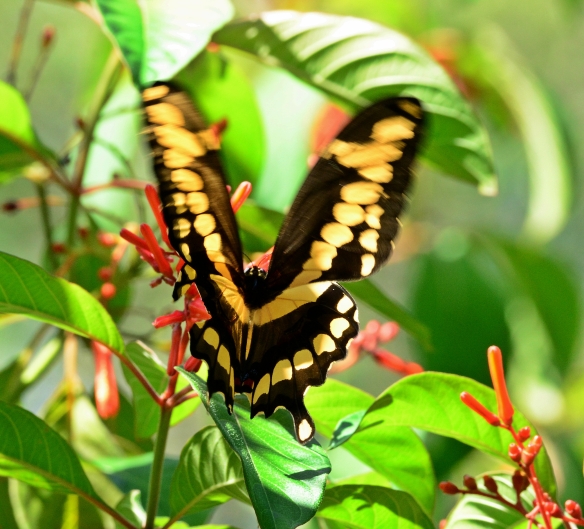 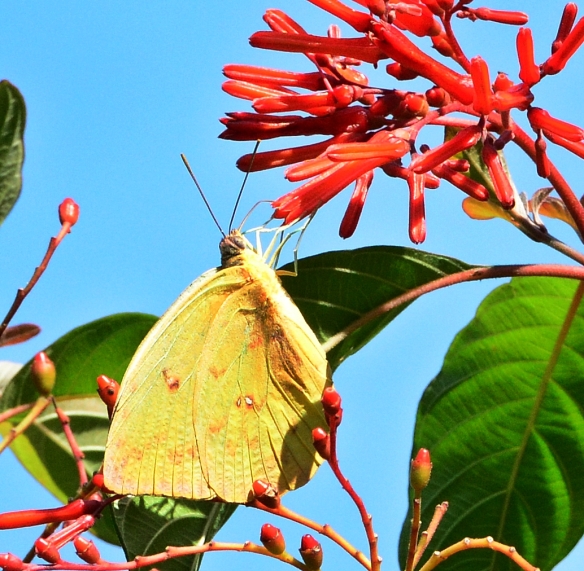 Wild critters at the zoo. 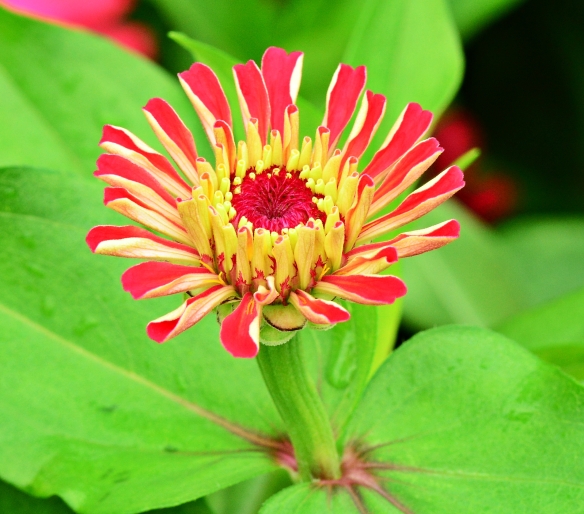 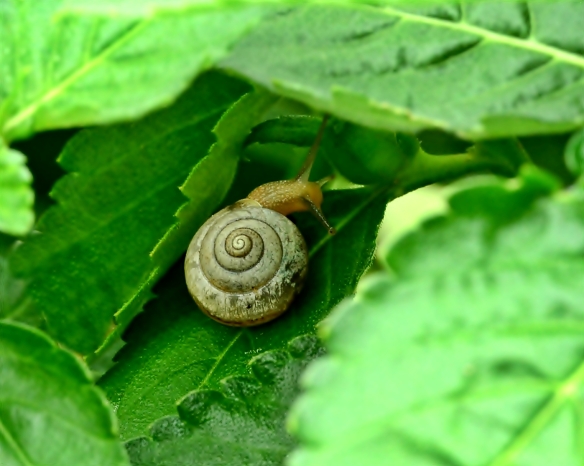 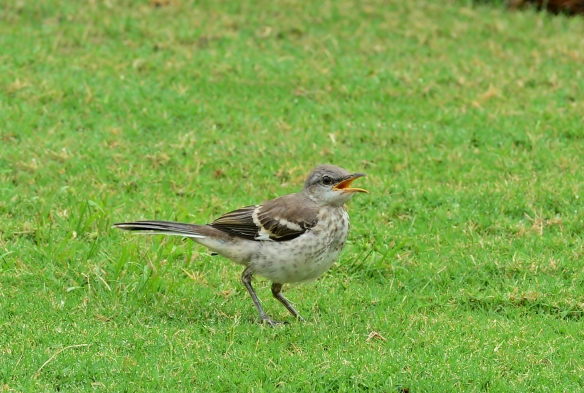 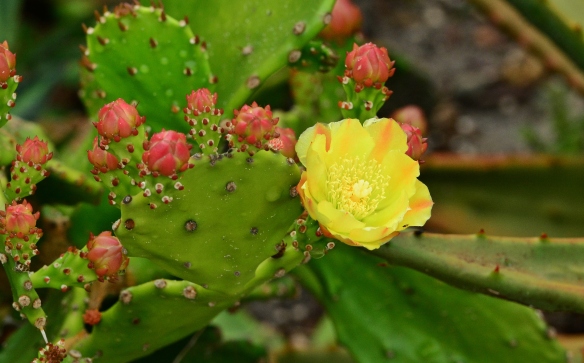 I turn the corner to head down Marsh Rabbit Run trail and see the above standing in the middle of the trail. He didn’t seem spooked by me. 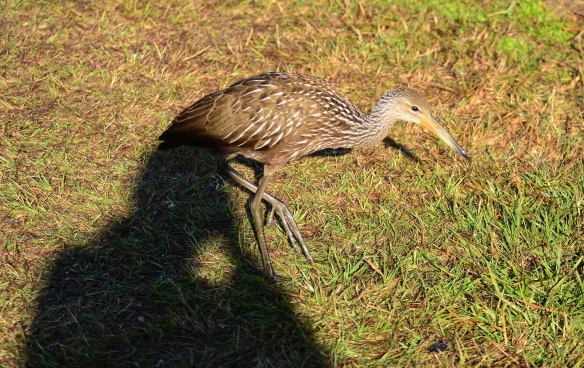 In fact, he walked right by me. That’s my shadow. I’ve never seen them this close before. Then I realized there were 3 others close together in the ditch below the trail. They all came up on the trail and I realized it was a family. Two parents and two almost grown babies. This was one of the late summer families.

They all seemed very relaxed as I sat down on the trail and watched them. 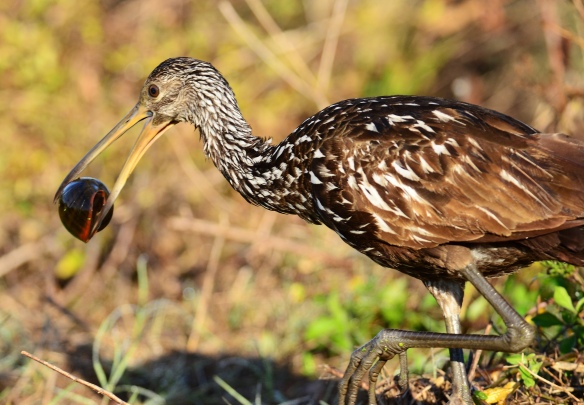 One of the parents brought up a snail from the ditch. 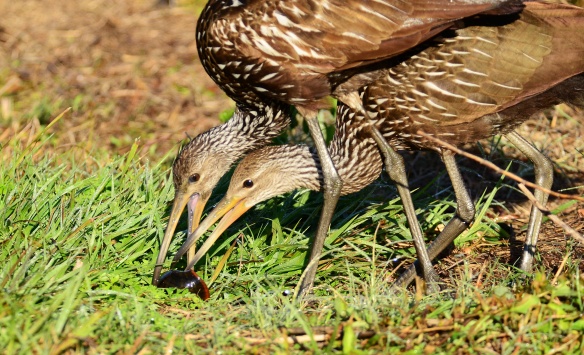 The smaller one ran under mom and waited while she dug out the meat.

Then the parent ate one herself. Doesn’t that look yummy?

The other juvenile got fed.

What a way to start the walk down the trail. I sat there for about 20 minutes watching them bring up snail after snail. This has to be the most tame family in the park. A crowd of photographers started to gather behind me and we were all amazed that they didn’t seem bothered by us. After a while the family went back down into the ditches and headed out into the marsh. I headed down the trail to see what I could find but nothing else could match that.