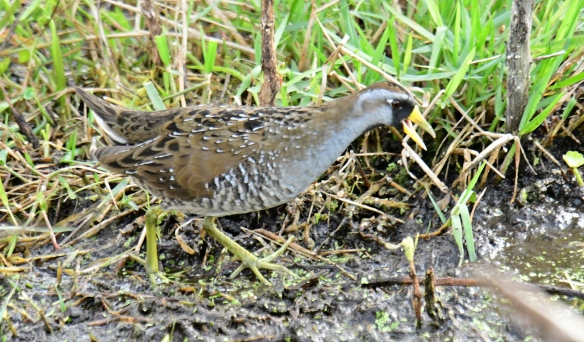 The Sora rail was the talk of the reserve back in early April. I’ve only seen a few rails and they were all at Circle B Bar Reserve. This was a rare sighting for this area so a handful of people were coming to the park to find him. There were actually 3 there and they stayed for a few weeks. They stayed close to the reeds and were digging around in mud looking for food. Since then we’ve had some rain so the ponds are filled back up. Maybe that’s why they eventually left. 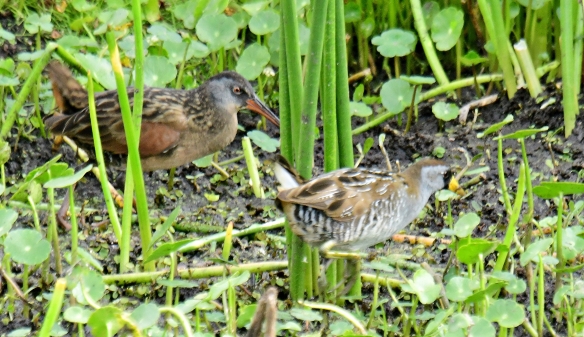 The Virginia rail on the left was a nice surprise. I had heard one was there but didn’t see it.  I saw the sora on the right far out in the marsh heading towards the reeds and snapped a shot of him and when I cropped this up I realized the Virginia rail was behind him. 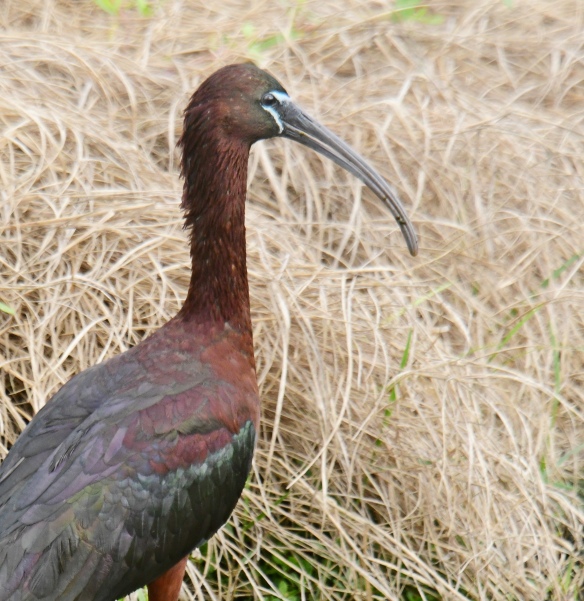 Lately there’s been a glossy ibis hanging around the pond. This is another bird that I usually only see in central Florida so it was weird to see him here. 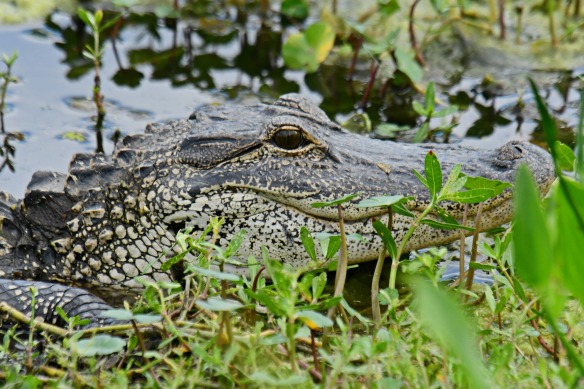 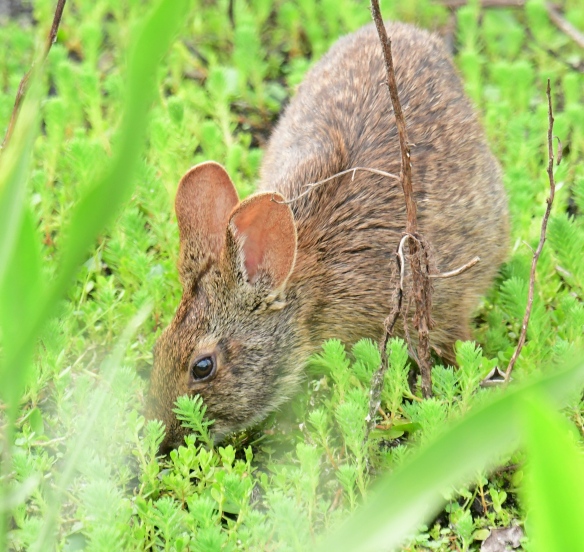 You can always see gators and bunnies here. 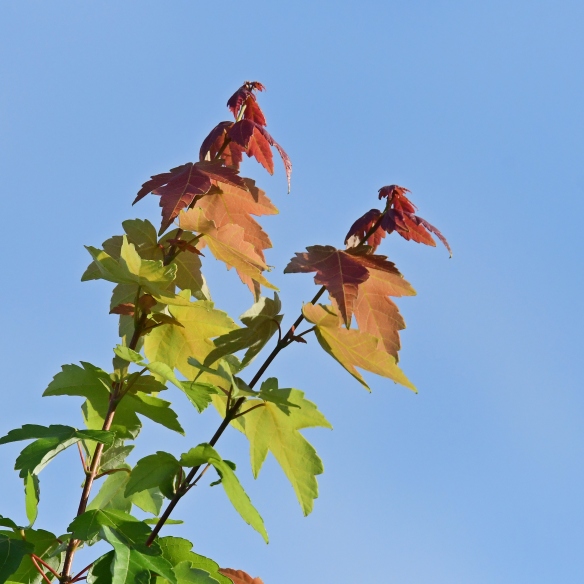 It was nice just being outside.