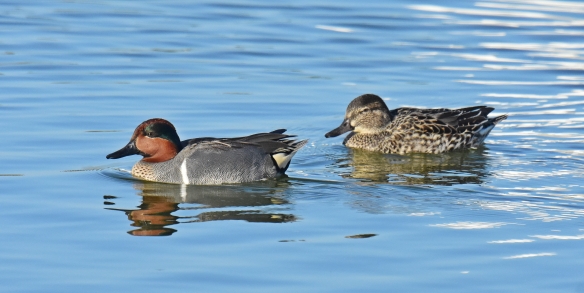 I saw the famous green winged teal from the street as he was floating along the shoreline with his girlfriend. 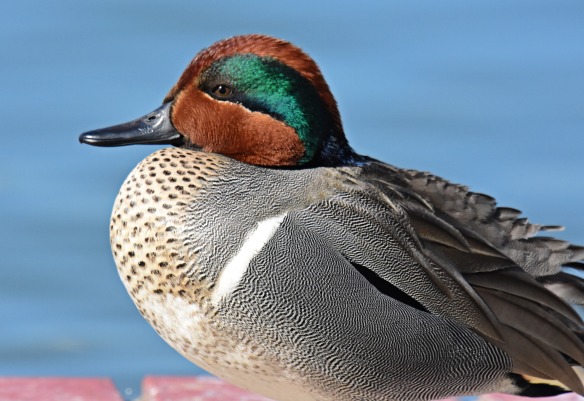 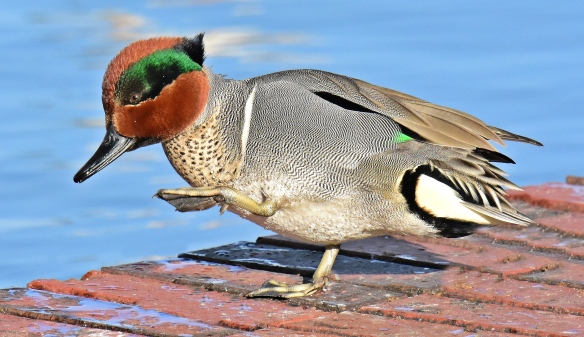 He climbed out of the water and seemed comfortable with several people standing there watching him. It’s pretty rare to see a green winged teal in central Florida, even in the winter. This couple must have stopped by for a rest on their way back north for the summer. Word got out quickly that they were there and I was able to get over to Lake Morton several days later. There’s a lot of foot traffic around this lake since so many people come to feed the ducks, geese and swans. Feeding stations line the lake so you can buy food for them but I think most people bring their own which is usually not good for them. 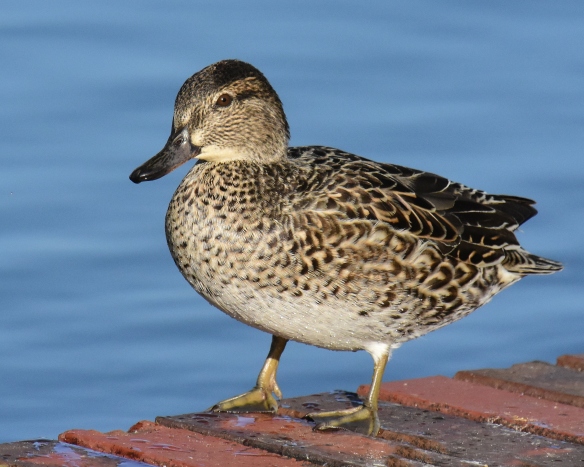 As in most ducks, the female is not as striking as the male.

They eventually headed under a tree and settled down for nap.