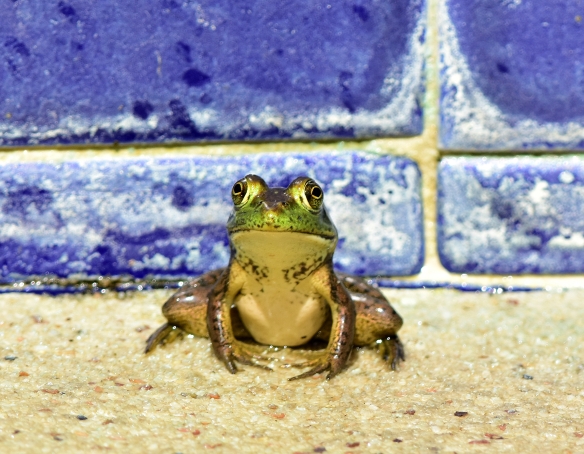 There were Kermits in all of the fountains at the Gardens. You have to sneak up on them or they will jump in the water and hide if they see you.  I took the above with my 300mm lens so I was pretty far away. 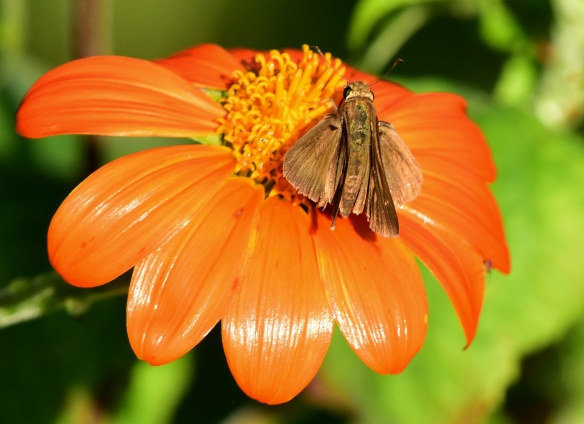 Even at the end of October, there were a lot of flowers still blooming and lots of tiny critters flying around.

It was very quiet at the Gardens early in the morning. I could hear the hummingbirds go whizzing by and several times was able to catch them resting. 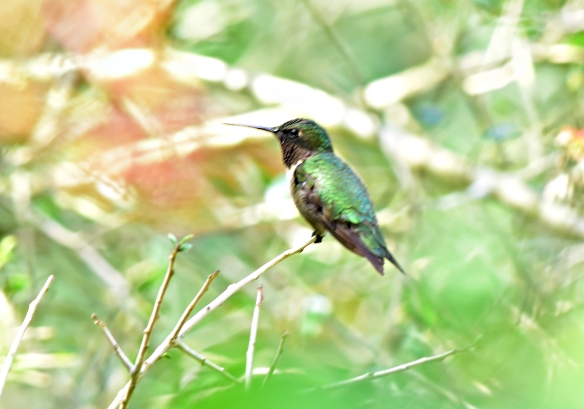 I saw this little guy across the bushes and was hoping he was a rufous hummingbird. When I got home and cropped it and lightened it up I realized it was a male ruby throated hummingbird which are fairly common this time of year. The rufous would have more orange than green in his feathers. I’ve seen them there but I can’t get a shot of them.

A mockingbird was watching me while I was waiting for the hummingbirds to fly back into the bushes.