The hooded mergansers showed up in our channel in early November. I saw that flash of white and started yelling “The hoodies are back!” This is the 4th year we’ve had them floating in the water behind our house during the winter. These were taken through the bedroom window. If I just open the back door, they take off down the channel.

At first we just saw 2 males. Since then we’ve had a few females show up. 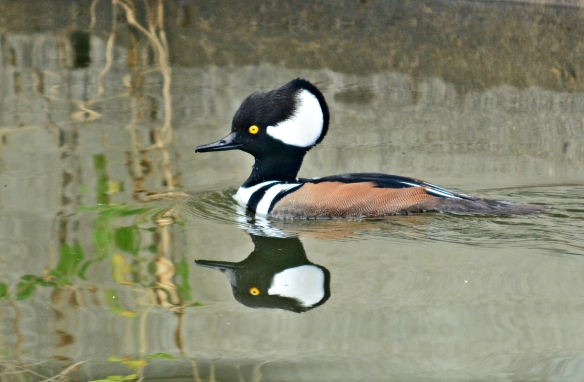 This one came pretty close to our dock.

A female anhinga hanging out on our neighbor’s dock.

I noticed the little kingfisher sitting on our neighbor’s dock post and realized he had a fish in his beak. I snapped the above through the window. He saw me. 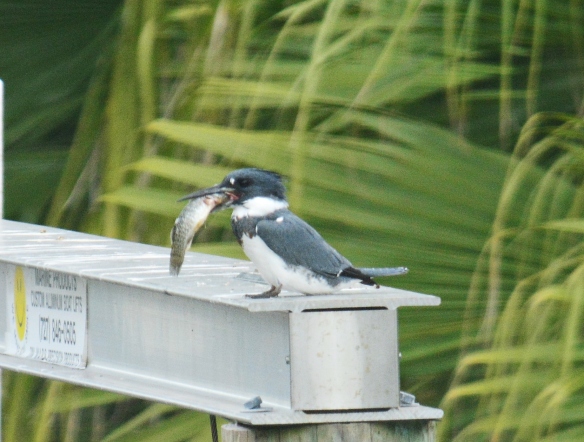 He flew down to our neighbor’s dock with the fish. Then he flew off down the channel so I didn’t get to see him swallow it.

Later in the afternoon he was back on our dock.

I noticed the white ibis sitting on my neighbor’s dock. They were watching something.

On the other side of the dock was an osprey with a fish under his foot. That juvenile ibis was pretty brave to fly over to him. The osprey eventually got tired of the crowd and left with his lunch.

Just a few visitors to the backyard in the middle of November.

21 thoughts on “Visitors to the backyard”