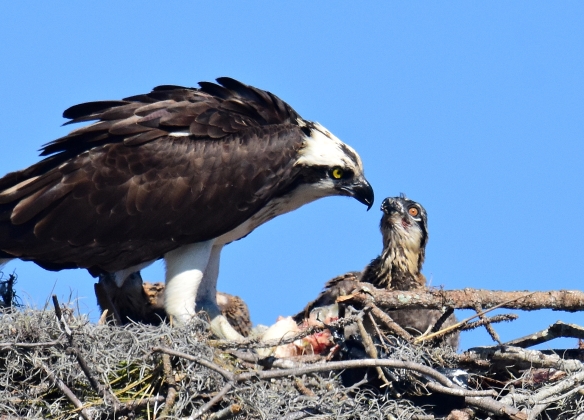 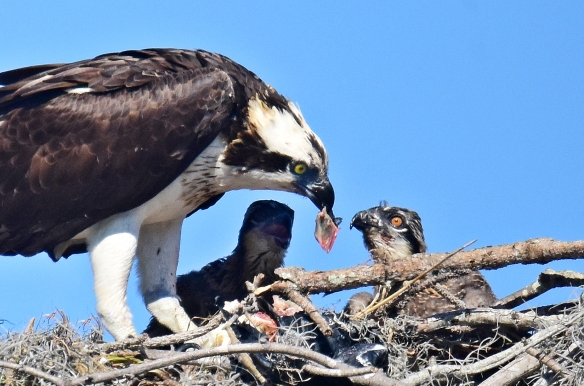 For several years an osprey couple have raised a family in a nest on top of a light post in the parking lot at work. The nest is fairly high up so we don’t see the babies until they are pretty big. I kept my camera in my car and in April I caught Mom feeding them when I was leaving. One night Dad was right over my car feeding himself. 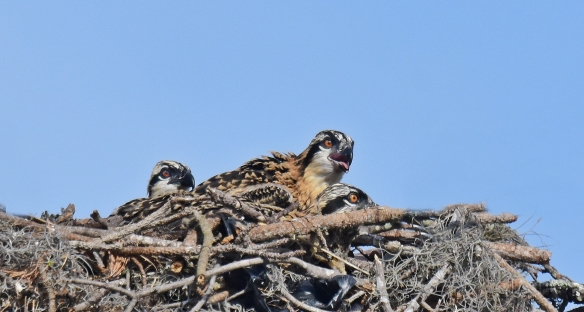 Later I realized there were 3 babies. This was the first year we’ve had triplets. Now I know why Dad was eating alone across the parking lot.

Another week goes by and boy was that nest crowded. At this point the babies are as big as the parents.

All 3 grew up and eventually left the nest. Now in early July, the babies are still visiting the nest. I’ve been seeing one or two sitting on the nest in the morning but they are gone when I leave. 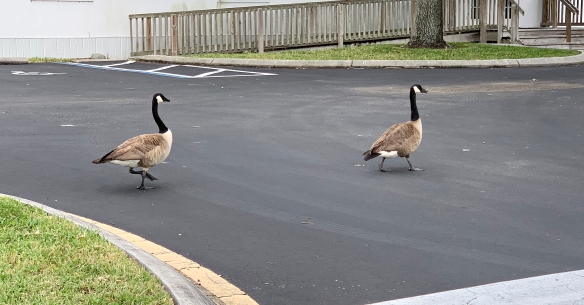 We had some Canadian geese hanging around the parking lot as well in late spring.

Watching the baby osprey grow up at work. The nest in the light post in the parking lot was big. There were 2 babies turning into adults quickly. The above were taken on May 24th.  We are thinking they were born in early May. It was May 16th when we could first see the little baby head pop up over the nest. 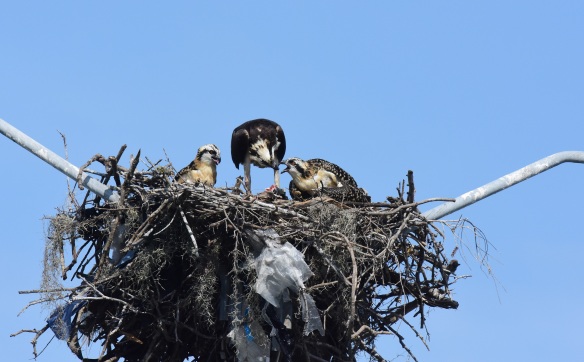 By June 1st they looked like full-grown osprey. I caught Mom feeding them both one night leaving work.

By June 16th, they were flapping their wings and sitting on the nest without a parent nearby. It was only a matter of days before they were gone.

On June 26th I was heading to my car and noticed both babies were gone. I found one of them in a nearby tree. He still has those orange eyes and white spots on the end of his wings. They still hang around the area and I see them occasionally hanging around the trees near the nest when leaving work.

We have an osprey nest in our parking lot at work. Every morning and evening for weeks I watched the osprey parent sitting on the nest. Finally, on May 16th, I saw a head pop up. The baby was finally visible to see from my car. Later I would find out there were 2 babies but on this day I only saw the one head.

The parent took off. The other parent was close by on another light post. 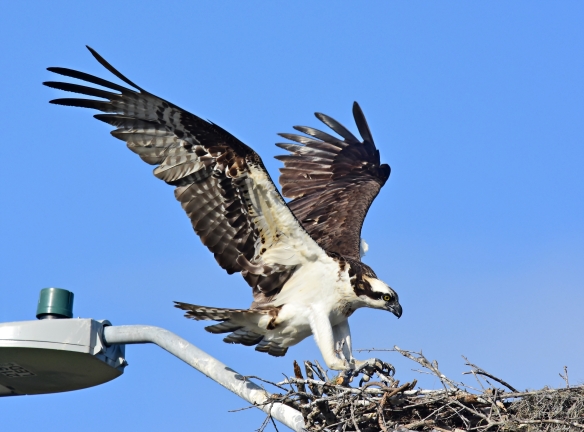 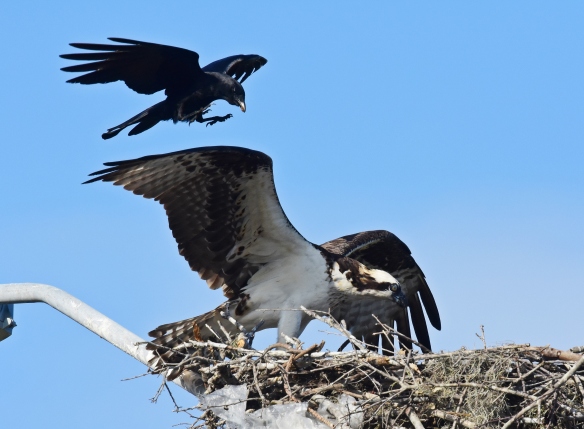 The fish crows were relentless this year. They were driving the parents crazy, buzzing close to the nest and chasing after them as they come into the nest with a fish. 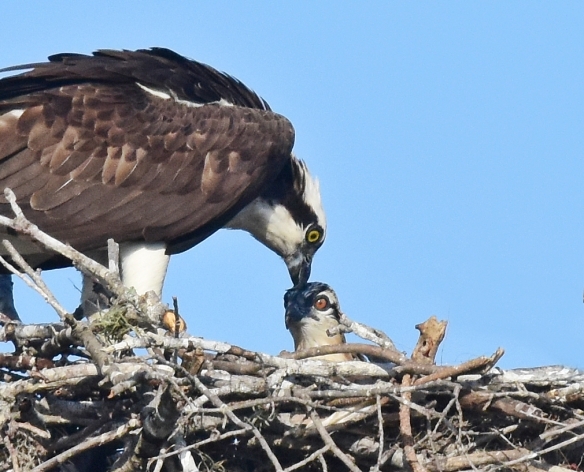 Mom finally settled down to feed the baby. I kept my camera in the car for several weeks so I have more pictures of the babies growing up to post later.