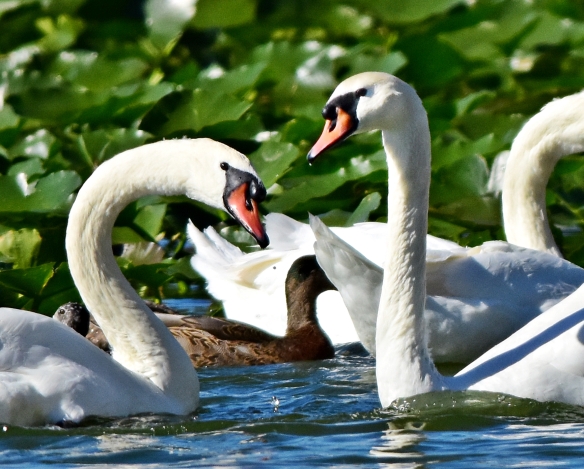 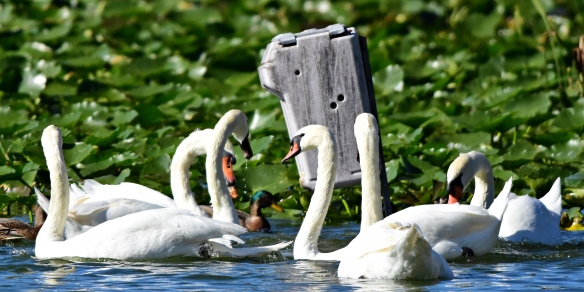 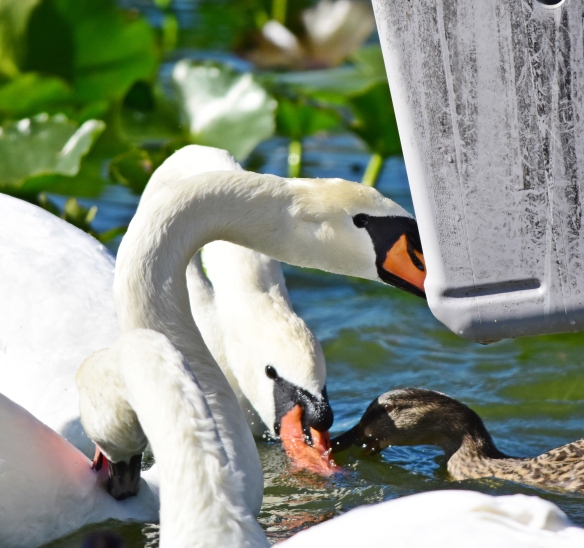 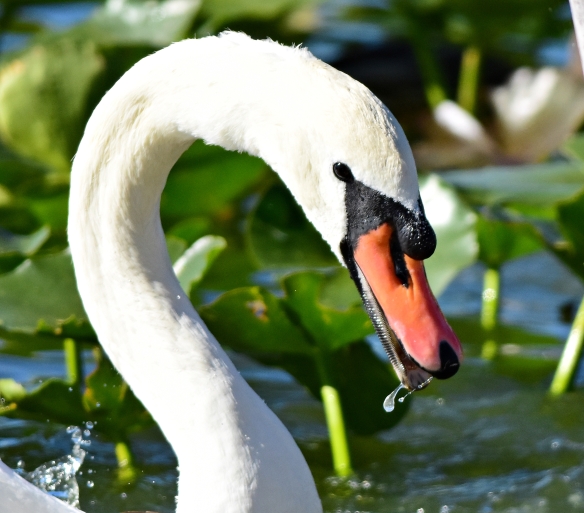 The Lakeland swans get fed at Lake Morton by the city through stations around the lake. The ducks can’t reach the station but they hang close by hoping to get some droppings. 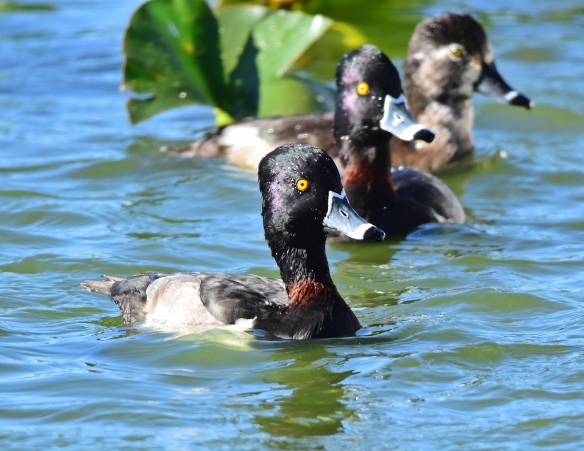 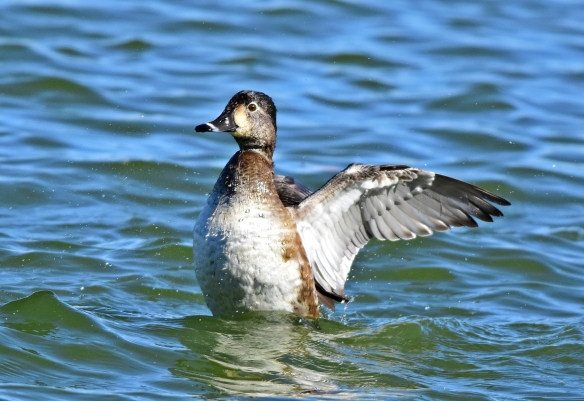 In the winter you can usually find a few ring billed ducks with the swans. 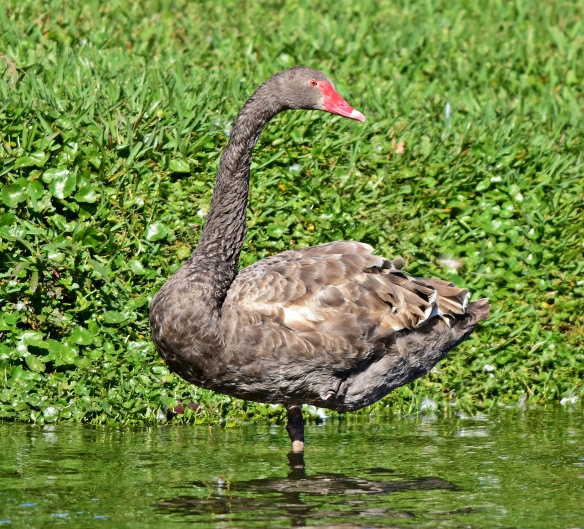 The lake is mainly full of mute swans but there is also a pair of black neck swans. There are several fully gray swans that people think they are a hybrid of the mute and black swans. 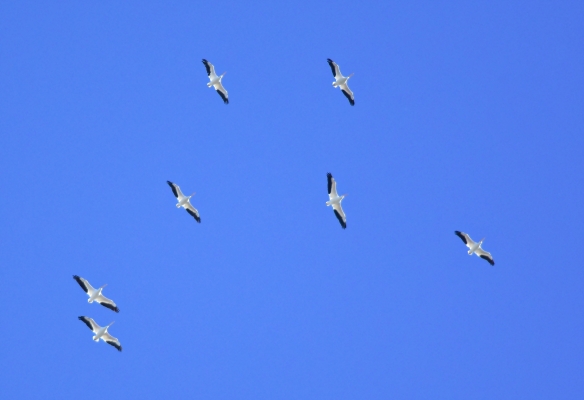 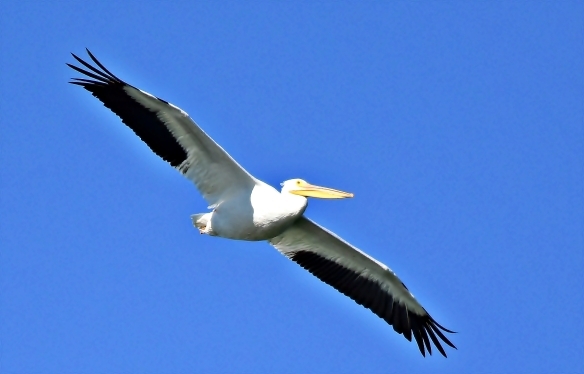 White pelicans were circling around the lake during my recent walk. 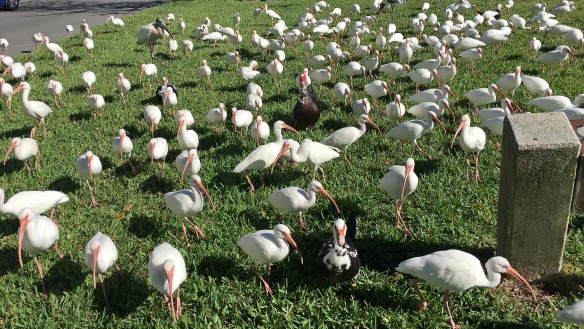 Someone was feeding the ducks. People come to feed the ducks and swans but it’s the ibis that steal the food. A few ibis show up and all of sudden tons of them come flying across the lake to get in on the free food. They started attacking the people so they got in their car and left. 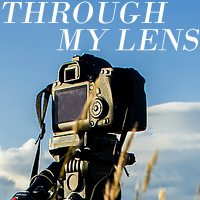 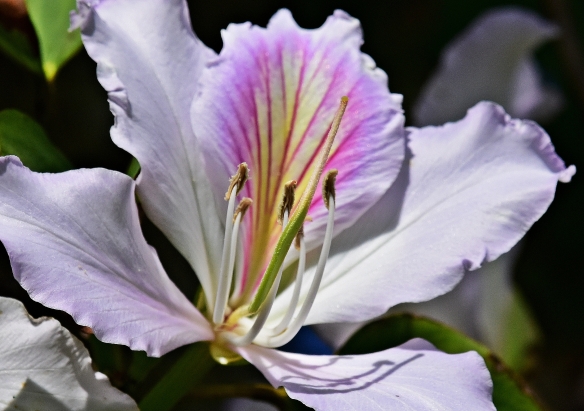 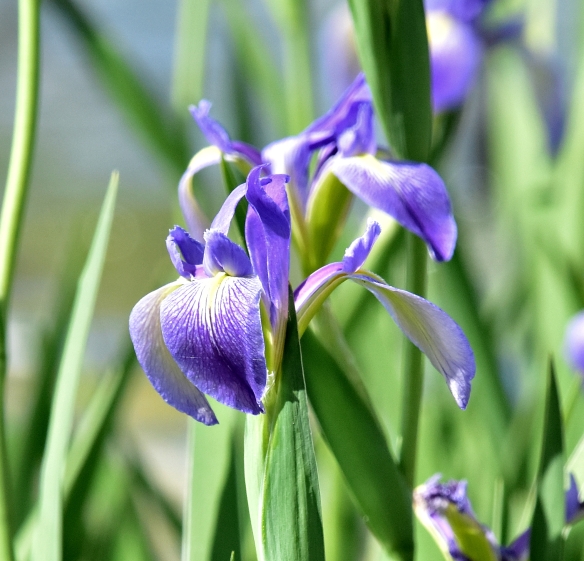 Flowers were blooming in early March. 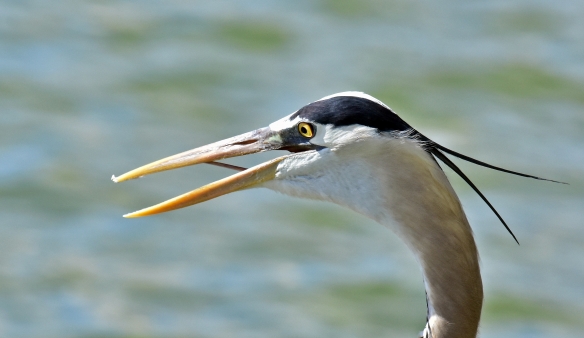 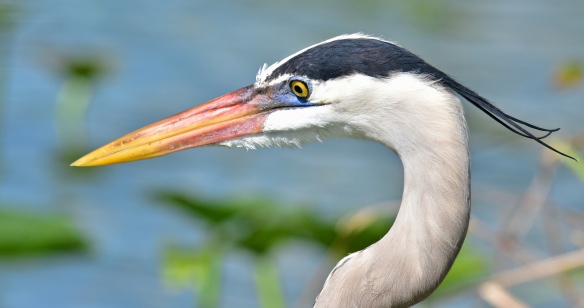 One great blue heron wagging his tongue. The other had his pretty breeding colors on his face. You can see the color difference in the one above that’s not ready for a girlfriend yet. 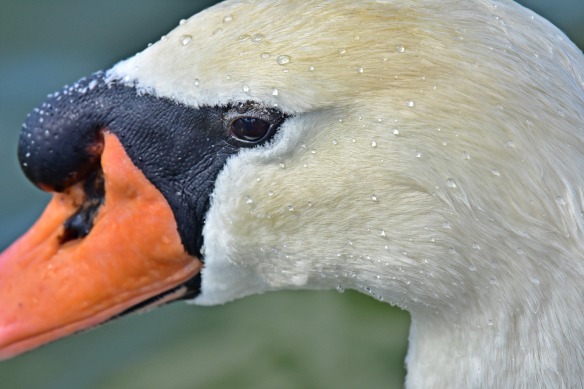 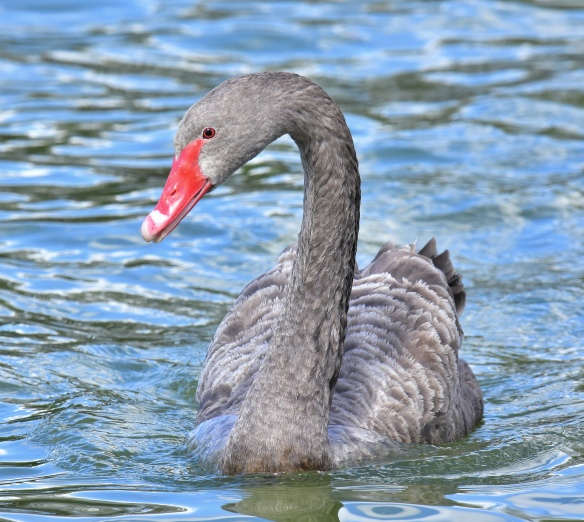 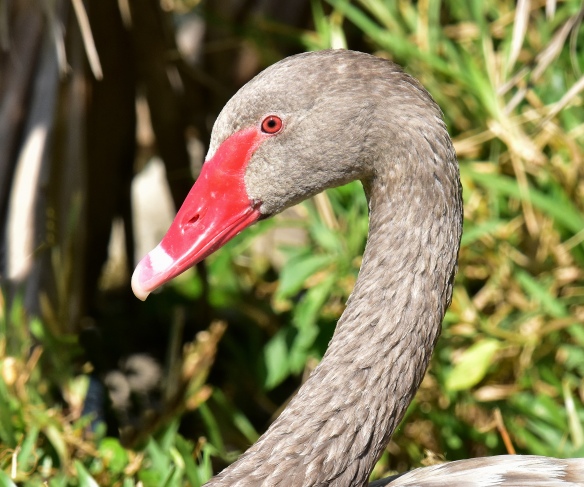 There’s several fully grown gray swans. Might be a hybrid of the white mute swan and the black swan? They are really pretty. 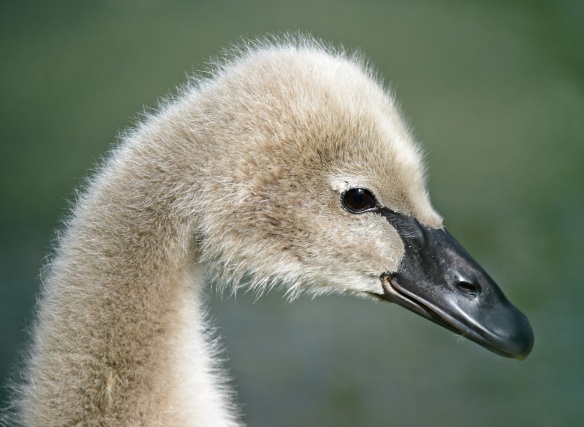 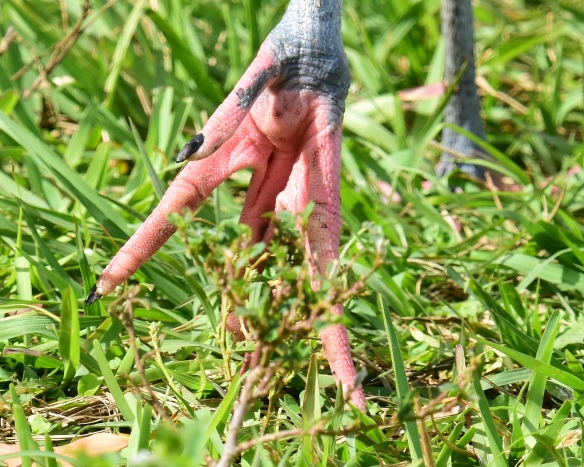 Looking at the feet of a wood stork. It looks like his toenails are painted.

A quick walk around Lake Morton in downtown Lakeland before lunch. I only found one baby swan and not many swans nesting. Maybe they are nesting late this year.

Pulling up weeds to soften the nest.

Moving things around. Getting more comfortable.

At first I thought the black swan was flirting but I think he was pushing the white swan away from his nest which was right on shore where they were swimming.

There are a couple of light gray swans at the lake. I’ve heard two versions of these swans. One person told me it was a juvenile black swan and would turn all black later. Another person told me it was an offspring of a black and white swan. I can’t find any information on gray swans that is concrete. Anyone have an idea? I did learn that the term “black swan and gray swan” are financial terms used to identify uptrends and downtrends in the economy. I thought it was only bull and bear.

How’d that white pelican get in the picture? Does he think he’s a swan? There are still a few of them hanging around the lake. They should be home up north by now.

Not a swan but a great blue heron. Hanging out along the edge of the lake with the swans.

Just a few things I saw walking around Lake Morton looking for babies. Goose, duck, swan. They will all be having babies soon.