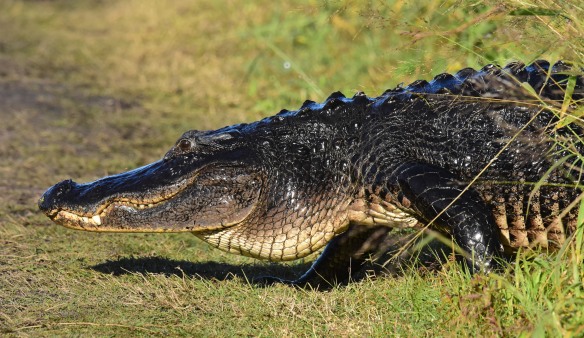 I had my first real close encounter with a big one recently at Circle B Bar Reserve. I’ve been visiting this park for over 10 years and until recently, I always joked that the gators were fake. They never seemed to move, just sleeping on the other side of the pond. I was at the park early and the water levels along the trails were high. The first picture was taken with my 300mm lens so I wasn’t that close. The second one was taken with my phone. That’s my shadow at the bottom. There were people coming up behind me and once the big guy crossed the trail, we all headed down together. Our theory was safety in numbers. By the time we got to were he had crossed, we saw him swimming half way across the lake. 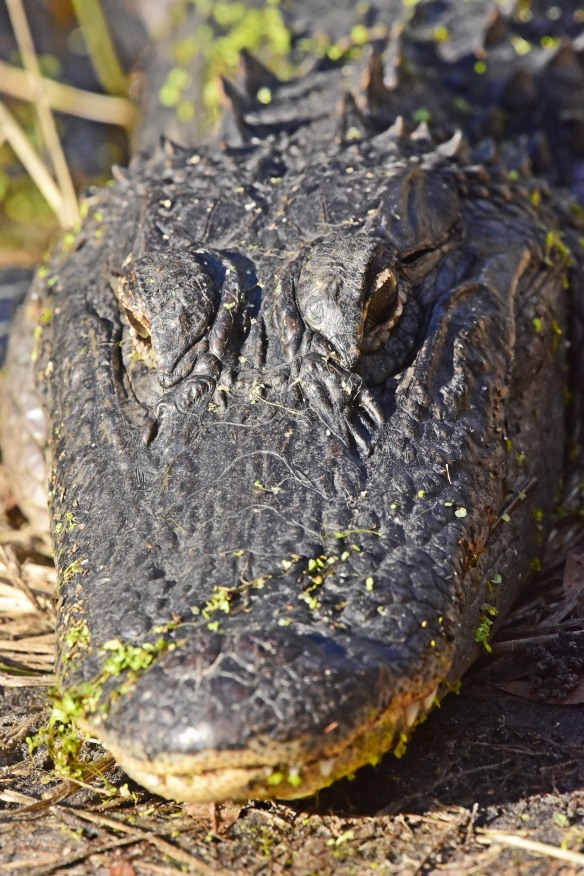 Another big one on the same morning, taken with my 300mm lens. 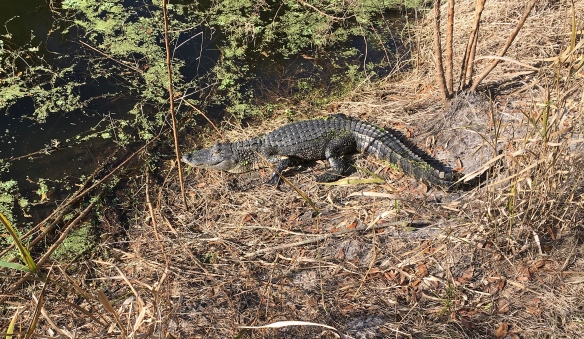 A few tiny ones on the trail.

One of the “really” big ones across the lake, on the other side of the bank. 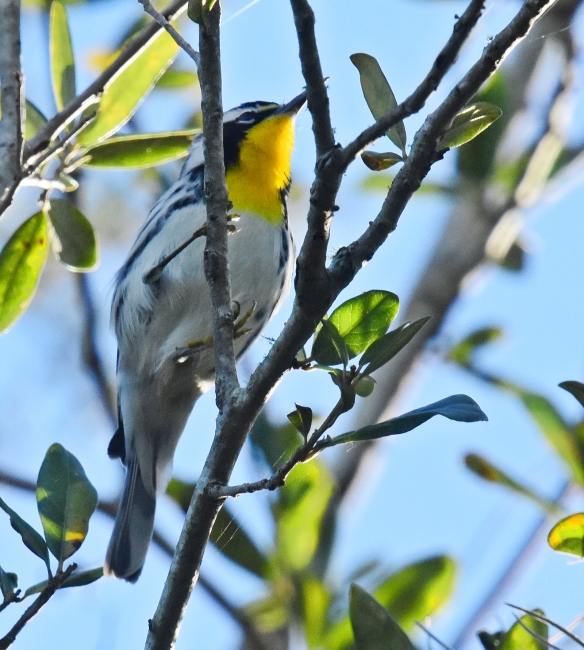 Otherwise, it was a slow morning with the usual turtles and warblers.

Linking to My Corner of the World. 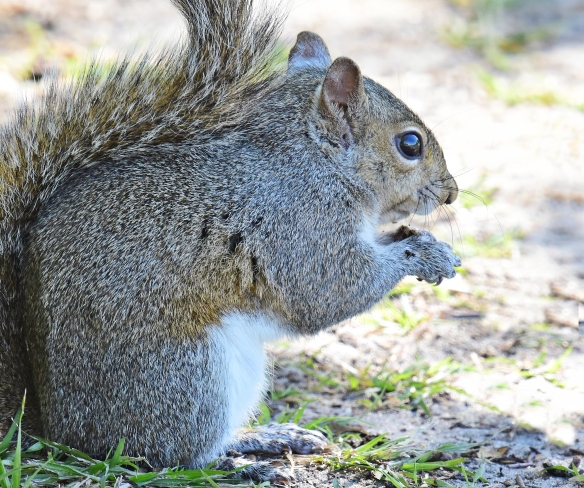 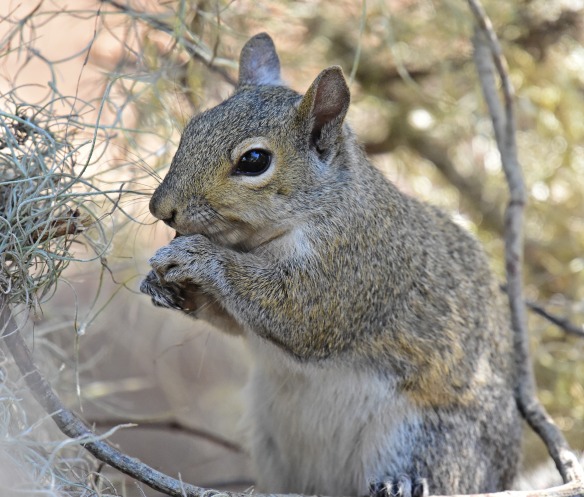 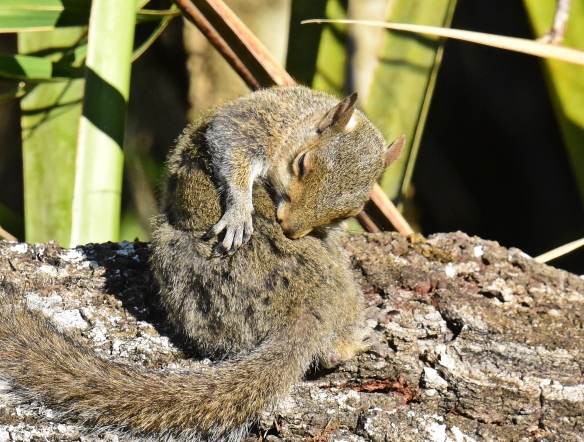 The squirrels were busy grooming and eating.

Plants along the trail. 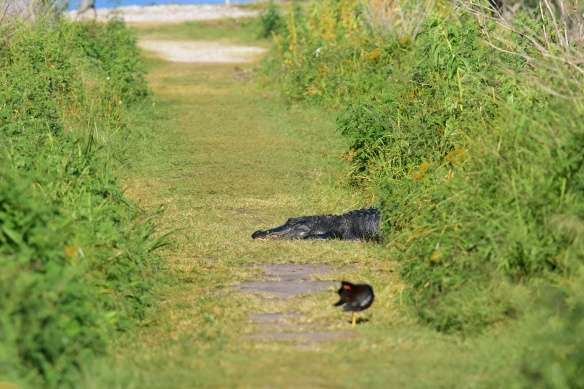 Roadblock on the trail. I was almost all the way down Marsh Rabbit Run trail when I saw this. My choices were to sit and wait and see if he moves or turn around and go back. I sat down on trail for about 15 minutes when a park ranger came from the other side of the trail in a cart and spooked the gator off the trail. The park ranger said he slept there for over 2 hours the day before. I probably would have given up and turned around after half an hour if the ranger hadn’t come by. That little moorhen was not as close as it looks in the shot. He was busy preening and ignoring the gator.

Linking to Wednesday Around the World

As I walked down Marsh Rabbit Run trail, I heard the black bellied whistling ducks yelling. It’s rare that they are quiet in the morning so I didn’t think anything of it. Then they all started to fly away and I saw on the right of the trail what scared them away.

The alligator got half way across the trail and then backed down into the water. I waited a while before heading on. Maybe he decided there was too much traffic on the trail to cross. 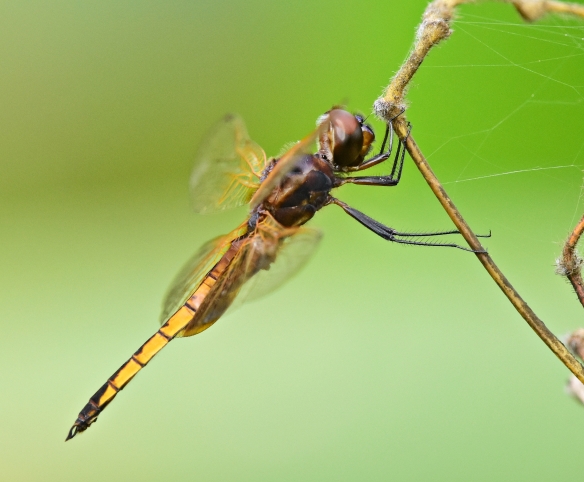 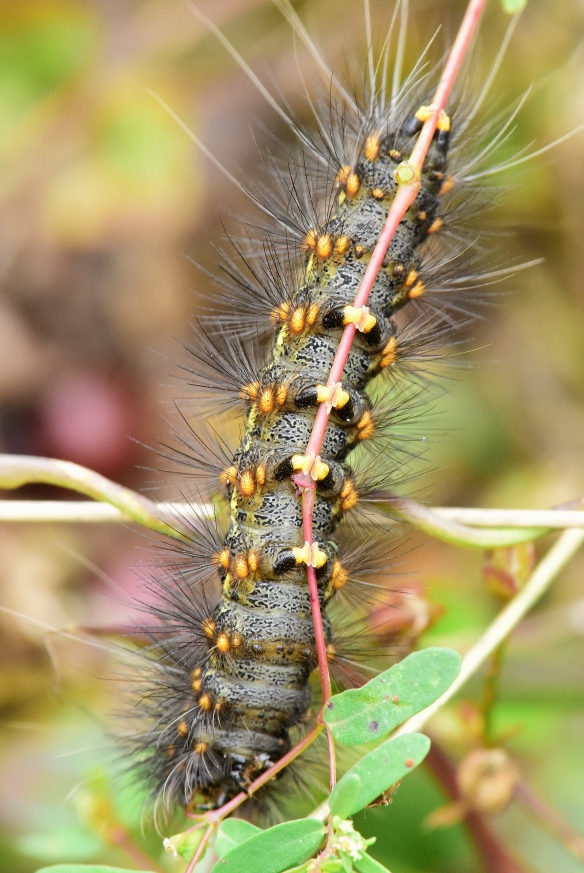 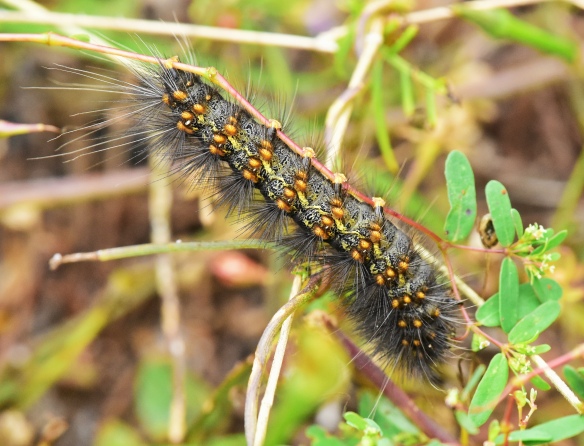 Other stuff along the trail.

Looks like he was close but was actually in the middle of the lake.  Cropped in. 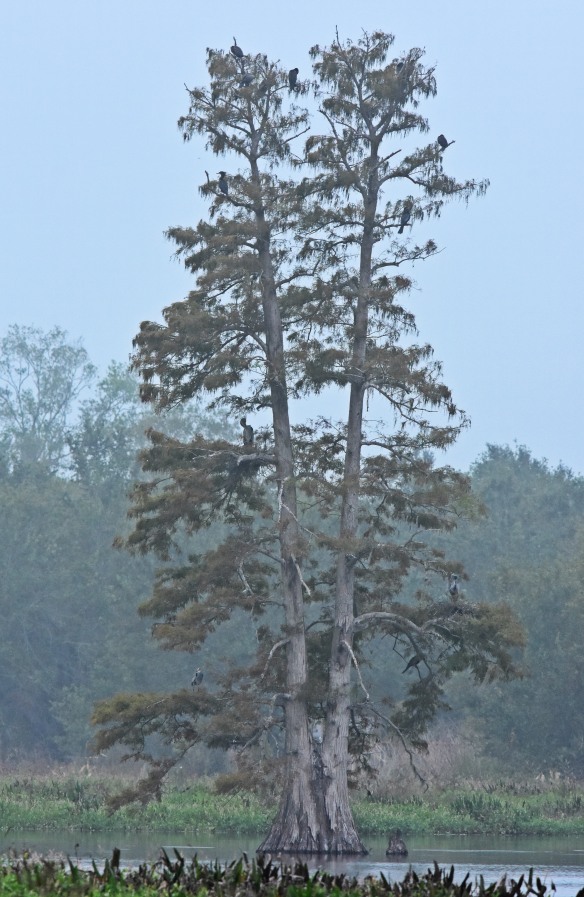 A foggy start to the morning but ended up being a beautiful day in early December at Circle B Bar Reserve.