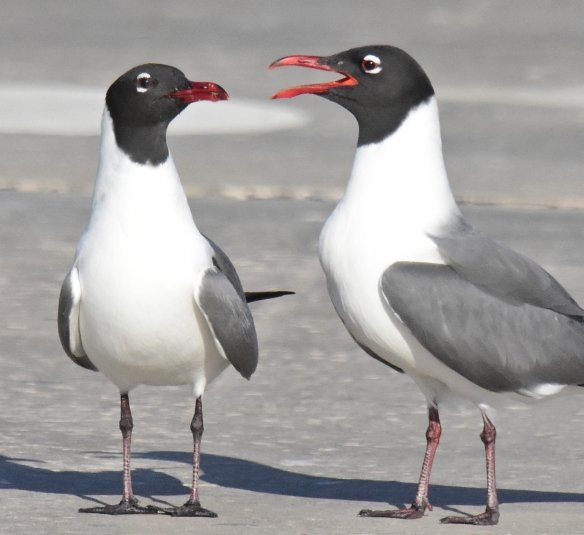 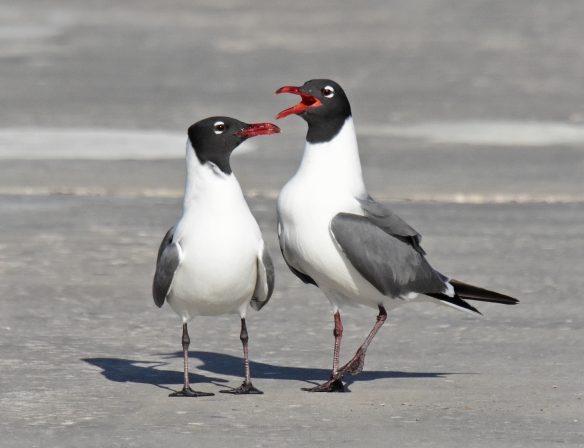 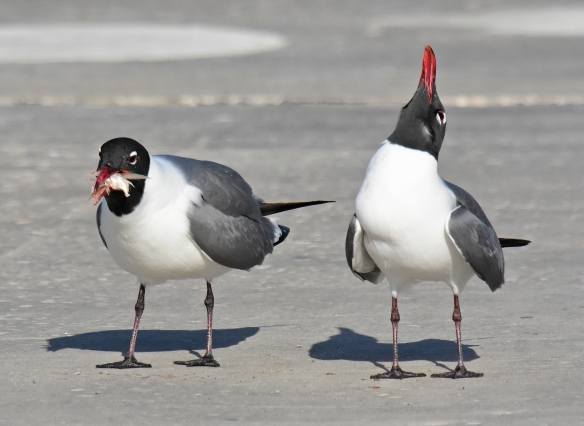 This laughing gull was trying hard to flirt with his mate. He brought her several fish and continued to yell even as they were being stalked by a ruddy turnstone who was probably trying to get a fallen piece of fish. 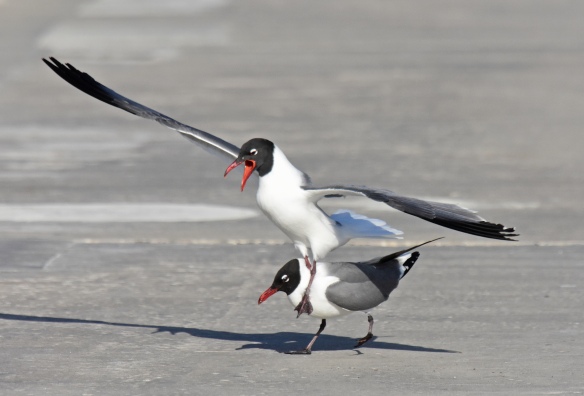 He tried to mate but she wasn’t not having any part of it and knocked him off.

He brought her another fish and at that point people were walking down the fishing pier so they flew off.